It has been a long while since Prime Minister Benjamin Netanyahu (Likud) and Habayit Hayehudi Charmian and Education Minister Naftali Bennett have exchanged verbal blows in public, but Sunday night they did again, during a meeting of the heads of the coalition, reflecting the tensions that mire Netanyahu’s government.

The prime minister actually threatened to dismantle the government in response to recent measures taken by Habayit Hayehudi officials, such as Justice Minister Ayelet Shaked, Bennett’s number two in the party, suspending the debates of the Ministerial Committee on Legislation—which she chairs, in protest of the coalition’s inability to push a law that brings Ariel University (in Samaria) under the wings of Israel’s Higher Education Council, which would allow Ariel to open a school of medicine.


The Ariel law is being blocked by MK Yoav Kisch (Likud), who is not holding back the first Jewish university in the liberated territories because he is a leftist, God forbid, Kisch heads the Greater Israel lobby in the Knesset. Kisch has a beef with MK Shuli Moalem-Refaeli (Habayit Hayehudi), whom he claims is torpedoing his own law to curb the automatic preference the courts give mothers in custody cases.

Which is why Bennett ordered Shaked to suspend her ministerial legislation committee for as along as the Coalition does not promote the Ariel law.

“Why are you acting in such a way?” Netanyahu asked Bennett, “It breaks discipline in the coalition!” To which Bennett replied: “I run the most disciplined coalition faction, every vote – we show up.” And then he twisted the knife a little, adding: “We don’t have the likes of [Likud MK who refuses to vote the party line on closing supermarkets on Shabbat] Sharren Haskel or [Kulanu MK who also won’t toe the line on the same coalition law] Rachel Azaria.”

Bennett pressed on: “It’s been a month that you have been sticking the Ariel University law.”

To which the prime minister responded angrily to his words and said: “That’s no way to work, this is really serious!” and then threatened, “You want to dismantle this thing? Then let’s dismantle.”

Which was an empty threat, because no one wants the end of this coalition government less than Prime Minister Benjamin Netanyahu, who is fighting for his political life these days, if not worse. The PM has been enduring police interrogations over between four and six different investigation cases, several of which could land him in jail, just like his predecessor and former Likud bigwig Ehud Olmert.

This is the reason Netanyahu has been letting his coalition partners run roughshod with legislation that may be right morally, but terrible public relations nonetheless: Avigdor Liberman’s death penalty law, whose only concrete application is to help the defense minister keep a campaign promise; the Haredi supermarkets law that imposes Shabbat rules on completely secular communities, alienating them in the process and diverting their votes to the left; and the unified Jerusalem law which takes 80 MKs to divide the city, but only 61 MKs to rewrite the law.

The meeting was eventually cancelled, presumably to keep both sides from saying things they would later regret. The last Time Bennett and the PM had gone for the jugular this way was back in July, when Netanyahu capitulated to Arab violence and removed the metal detectors from the entrance to the Temple Mount.

The Likud later attacked Bennett for bothering the PM with the Ariel law, which is not being delayed over Netanyahu’s objection, but over a squabble between two MKs who both support the first Jewish university in Samaria since the days of Joshua. Still, as is often the case, Bennett scored on Netanyahu for just not blinking when the latter threatened to take his ball and go home. Bennett still views himself as Netanyahu’s natural successor – and to get there, being nice to the PM is hardly a prerequisite. 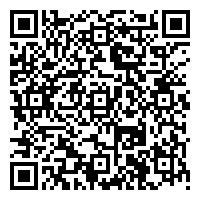