The 120 politicians forming the 23rd Knesset were sworn in as Members of Knesset (MK) at an event on Monday evening.

Amid the fear of a further spread of the novel Coronavirus (COVID-19), MKs were sworn in in groups of three in order to abide by the government’s regulations banning the assembly of ten people or more.


Current Prime Minister Benjamin Netanyahu, his challenger and Blue and White party leader Benny Gantz and the Knesset Speaker Yuli Edelstein, a member of Netanyahu’s Likud party, were the first to be sworn in by President Reuven Rivlin.

Rivlin stated after the event that it had been “an honor to open the 23rd Knesset,” referring to the political stalemate in Israel by adding that “the necessity to compromise, to make painful and deep compromises, is the will of the people itself.”

Rivlin ended his remarks by stating that he only asked one thing of the new MKs: “Give the people a government.”

Diplomats, the media and relatives of the MKs were prohibited from attending the event, as Israel battles with a rising number of Coronavirus cases.

Minister of Agriculture Tzachi Hanegbi reportedly attended the event although he had been asked not to, having had contact with a person tested positive for Coronavirus.

The President had previously spoken to representatives of all the parties in the Knesset to learn whether current Prime Minister Benjamin Netanyahu or challenger Benny Gantz would be more likely to be able to form a government.

With 120 seats in the Knesset, the 61 Members of Knesset (MKs) who had expressed their support for Gantz were enough to hand the center-left politician the majority.

A total of 58 MKs recommended Netanyahu for the task and one abstained.

Addressing the spread of the novel Coronavirus (COVID-19), Rivlin told Gantz that he would receive 28 days to form a government, “a short amount of time, but given the circumstances of national and international crisis, even this is too long.” 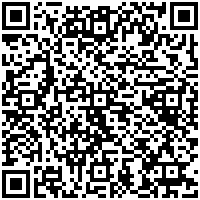