The security cabinet, and not the full government, should be authorized to declare war, according to an amendment to Israel’s constitutional, Basic Law: Government, which is being promoted by Prime Minister Benjamin Netanyahu, Channel 2 News reported Sunday night. In its current form, the law requires the entire government to vote to approve going to war.

The amendment was recommended by headed by Major General (Res.) Yaakov Amidror, the former head of Israel’s National Security Council. Amidror told Israel Hayom on Monday that “the cabinet represents the government in full, because all the heads of the coalition parties are also members of the cabinet. Amidror also noted that “the cabinet has a lot more cumulative professional knowledge because of its ongoing work on security issues, something that does not exist in the full government.”

The real reason for the amendment, as it turns out from the Israel Hayom interview with Amidror, is not so much about military know-how as it is about leaks to the media. According to Amidror, the current situation “is not suitable for modern conditions and its practical meaning is that it would be impossible to make any decision in such a context in a manner that would preserve confidentiality.”

In other words, it’s easier to keep the cabinet members from leaking like a sieve than it is to get 20-to-30 government ministers and their deputies to shut up.

According to the TV report, the background to the proposed amendment was a dramatic standoff at the highest ranks of Israel’s security forces some seven years ago, when Prime Minister Netanyahu and his Defense Minister Ehud Barak ordered Chief of Staff Gabi Ashkenazi and head of the Mossad, the late Meir Dagan, to take up preparations for an undisclosed operation. Dagan and Ashkenazi refused, saying the operation was illegal because it could lead to war and as such had not been approved by the full government.

In the end, Dagan and Ashkenazi managed to stall the Netanyahu and Barak operation was stalled, and then was leaked repeatedly, turning it into a fiasco. 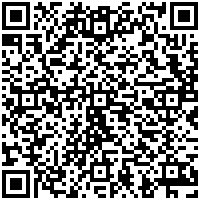