The hackers group ‘Anonymous’ on Monday took down the neo-Nazi website Daily Stormer, because it published an article putting down Heather Heyer, 32, who had been murdered by a neo-Nazi ramming terrorist in Charlottesville, Virginia. They made fun of her physical appearance—postmortem! So, apparently, ‘Anonymous’ announced they would shut down the website permanently after 24 hours. They also announced that “Hackers of the world have united in defense of the Jewish people.”

However, considering the fact that in the past Anonymous were not on the side of the angels when it came to anti-Israel attacks, and the fact that one Anonymous Twitter account denied that taking down the Stormer was their doing, it has been suggested that this may have been a neo-Nazi plot to depict themselves as victims of the “world-dominating” Jews.

Here’s the “Anonymous” message, in all-caps, which was spread across the despicable, neo-Nazi website—we lower-cased it for your convenience:

“This site is now under the control of Anonymous.

“We have taken this site in the name of Heather Heyer a victim of White Supremacist terrorism. For too long the Daily Stormer and Andrew Anglin have spewed their putrid hate on this site. That will not be happening anymore.

“We have all of the details on the servers and will be releasing the data when we feel the time is right. We have also gathered locational data on Anglin himself and are sending our allies in Lagos to pay him a visit in person. This evil cannot be allowed to stand.

“It took a united force of elite hackers from around the world to breach the systems and the firewall. We have had the Daily Stormer in our sites for months now. The events of Charlottesville alerted us to the need for immediate action.

“We want you nazis to know: your time is short. We will allow the site to remain online for 24 hours so the world can witness the hate, then we will shut it down permanently.

“Hackers of the world have united in defense of the Jewish people.

“You should have expected us.”

According to Anonymous @Your Anon News, a major “Anonymous” Twitter account, the hack had certainly not been carried out by an established member. “We have no confirmation that ‘Anonymous’ is involved yet,” went their Tweet. “Looks more like a [Daily Stormer] stunt. Wonder if they are having issues finding a new host.”

Which is why Anonymous @Your Anon News tweeted: “If goal of Daily Stormer was to get us to celebrate a BS claim, it backfired. Seriously, [expletive] less.” 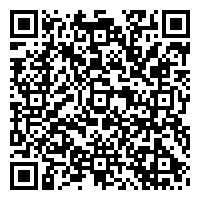