Addressing a rally of followers from the safety of his underground bunker in Beirut on Sunday, Hezbollah leader Sayyed Hassan Nasrallah made fun of a recent statement by President Donald Trump, who in late July said during a news conference with Lebanese President Saad al-Hariri: “Lebanon is on the front lines in the fight against Isis, al-Qaeda and Hezbollah. The Lebanese people, of all faiths, are working together to keep – and you know this, and we’ve been discussing this at great length – their country safe and prosperous.”

“They say Hezbollah is a terrorist organization or a dangerous force in the region and Lebanon,” said the arch-terrorist from Beirut, noting, “First, the terrorists are America and Israel, and even Trump said for one whole year during his electoral campaign that Obama and Clinton created ISIS.”

Hezbollah is one of the two major Shiite political parties in Lebanon, maintaining a broad-based support in all of Lebanon’s majority Shia areas. Hezbollah It holds 14 of the 128 seats in the Lebanese Parliament and may be the most powerful single political movement in Lebanon. 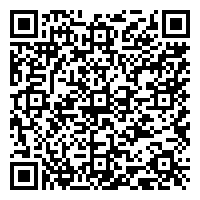