In a meeting held on Tuesday in Moscow with representatives of Israel’s foreign ministry, Russian officials called for resolving the Israel-PA conflict through bilateral talks and voiced the Kremlin’s readiness to provide a platform for the parties to hold negotiations without preconditions, TASS reported.

“The parties exchanged views on the current situation in the Middle East, focusing on the Israel-Palestine conflict,” the statement read. “They also touched upon some aspects of Russian-Israeli relations.”

The parties also signed a protocol of consultations between the two countries’ foreign ministries for 2018 and 2019.

The Russians said they view the key issues for discussion in the proposed peace talks to be the status of Jerusalem, and Jewish settlements in Judea and Samaria. The TASS report did not mention other issues, such as the right of return for Arabs in refugee camps to the Palestinian state. 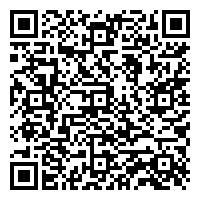