U.S. President Donald Trump continued his criticism of Rep. Rashida Tlaib (D-Mich.) and Rep. Ilhan Omar (D-Minn.), who held a press conference on Monday to blast Israel’s decision to deny them entry from the country last week due to their support of the anti-Israel BDS movement.

He also questioned how Jewish voters could support the Democratic Party knowing the anti-Israel bias among certain members.

“Any Jewish people that vote for a Democrat—I think it shows either a total lack of knowledge or great disloyalty,” said Trump in remarks in the Oval Office on Tuesday following his meeting with Romanian President Klaus Iohannis.

Regarding the freshman Michigan congresswoman, Trump said, “Yesterday, I notice for the first time, Tlaib with the tears. All of a sudden, she starts with tears. I don’t buy it. … I’ve seen her in a very vicious mood at campaign rallies. … I saw a woman that was violent and vicious and out of control.”

The president added that “Omar is a disaster for Jewish people.”

At the Monday press conference in Minnesota, Tlaib, who was granted a humanitarian request to visit her grandmother who lives near Ramallah (contingent on not promoting BDS during the visit), only to back out of the trip on Friday, said, “Through tears, at three o’clock in the morning, we all decided as a family that I could not go until I was a free, American United States Congresswoman coming there—not only to see my grandmother, but to talk to Palestinian and Israeli organizations that believed that my grandmother deserves human dignity as much as anyone else does.”

Elizabeth Pipko, the founder of the JewExodus Movement, which seeks to persuade Jews to leave the Democratic Party, told JNS, “I think that Democrats have shown with their words and actions over the last several years that they are taking Jews for granted.”

“President Trump is right, it shows a great deal of disloyalty to oneself to defend a party that protects/emboldens people that hate you for your religion. The @GOP, when rarely confronted w/anti-Semitism of elected members always acts swiftly and decisively to punish and remove,” tweeted the Republican Jewish Coalition.

President Trump is right, it shows a great deal of disloyalty to oneself to defend a party that protects/emboldens people that hate you for your religion. The @GOP, when rarely confronted w/anti-Semitism of elected members always acts swiftly and decisively to punish and remove. https://t.co/mEBgd84qkf

However, Democratic strategists Mark Mellman and Aaron Keyak faulted Trump’s remark about Jews who support the left side of the political aisle.

“President Trump does not understand either democracy or American Jews. And he reveals that his professed commitment to Israel is based on politics not principle. Trump’s efforts to make Israel a wedge issue give aid and comfort to Israel’s enemies for his personal political gain,” said Mellman, CEO of Democratic Majority for Israel.

“Jews have had a long history of being in countries where we are accused of being disloyal. These sort of attacks are dangerous, reckless and wrong,” said Keyak, a former head of the National Jewish Democratic Council. “Just because President Trump is deeply unpopular in our community is no reason to slander us with echos of some of the most insidious attacks against our people. We’ve seen where this road has led before. I hope that either the president, or at least those around him, get him to stop.”

Watch what President Trump said for yourself: 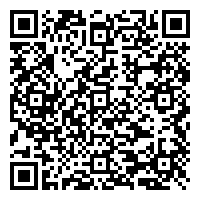