YanAir, the Ukrainian low-cost airline which flew 15 routes to Israel from several European locations, was suspended last week by Ukraine’s State Aviation Service, which took away its Air Operator’s Certificate (AOC) following an audit that revealed “critical” problems in the airline’s operational management, which may have had a negative impact on flight safety.

The comprehensive inspection followed an incident on April 19 which involved flight 9U-746 from Istanbul, Turkey, to Chisinau, Moldova.


According to The Aviation Herald, a YanAir Boeing 737-400 was on approach to Chisinau’s runway 08, when the crew deviated from the route, which prompted Air Traffic Control (ATC) to query: “Confirm you are inbound to intermediate fix runway 08,” which the crew affirmed.

Subsequently, the aircraft was cleared to descend and made an unexpected 60-degree right turn prompting ATC to query: “What is the reason to fly your current heading,” and order the aircraft to turn left back on course via radar vector.

The aircraft then descended below the minimum radar vectoring altitude, so ATC instructed the aircraft to climb back to 2500 feet. ATC then queried: “Is everything okay on board, do you need assistance?” to which the crew responded that everything was okay but “didn’t sound completely okay.”

The crew did not follow that instruction, and instead aligned with the runway, was cleared for a visual approach to runway 08, descended rapidly from 2500 feet and landed safely on runway 08.

Immediately after landing, the crew requested that ambulances urgently meet the aircraft.

YanAir, which flies out of Kyiv, Kharkiv and Odesa, announced that all its flights would be run by partner carriers for as long as its own operations are grounded.

“We expect to resume operations in the shortest time and [therefore] we are arranging for all of our flights to be operated by our partners for the period of the suspension,” YanAir’s Facebook page says.

Headquartered in Kiev, Ukraine and based at Kiev International Airport, the YanAir fleet receives its maintenance at Zhytomyr Airport, not far from the birthplace of Israel’s national poet Hayim Nahman Bialik.

Aeroinside, which archives aviation incidents and accidents, lists two YanAir incidents (you should see how many El Al incidents they have on file):

The regulators stated that the YanAirAOC would be restored as soon as the problem issues are corrected or eliminated. 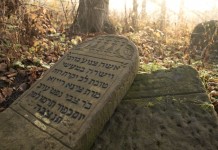 10,000 Jewish Cemeteries in Eastern and Central Europe are in Danger of Destruction and Urgently Need Preservation 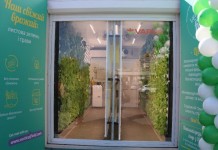 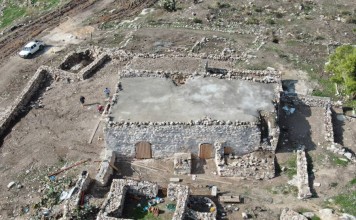 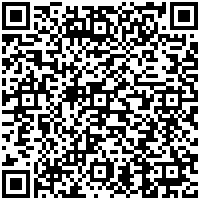