A grand-scale study that was conducted by scientists from Boston Children’s Hospital, Clalit Research Institute in Tel Aviv, and Harvard T.H. Chan School of Public Health in Boston, that matched 94,354 adolescent vaccine recipients with 94,354 unvaccinated control adolescents, showed that the Pfizer–BioNTech COVID-19 vaccine (a.k.a. BNT162b2 mRNA) was highly effective in the first few weeks after vaccination against both documented infection and symptomatic Covid-19 with the delta variant among adolescents between the ages of 12 and 18 years.

The study (Effectiveness of BNT162b2 Vaccine against Delta Variant in Adolescents) was published Wednesday night in the New England Journal of Medicine.


Prof. Ran Balicer, Director of Health Policy Planning and Founding Director of Clalit Health Service’s Research Institute in Tel Aviv, noted that with the outbreak of the fourth wave following the Delta variant of the coronavirus, the question arose as to whether the existing vaccine in Israel also provides adequate protection against infection with this variant. He explained that the results of the study unequivocally show that the vaccine is most effective in reducing Delta variant infection and preventing symptomatic disease one week after receiving two doses.

According to Prof. Balicer, the results of the study show that the strength of protection against the Delta variant is very similar to that observed in young adults against the alpha strain six months ago. He added that these conclusions provide important and well-founded information for parents who are undecided about vaccinating their adolescent children.

The study authors noted that in a recent randomized trial involving 1983 vaccinated adolescents between the ages of 12 and 15 years with no history of SARS-CoV-2 infection, investigators estimated that the vaccine effectiveness of two doses of BNT162b2 was 100% against symptomatic infection by non-delta variants.

Prof. Ben Reis of Boston Children’s Hospital said that the study provides well-founded scientific evidence regarding the effectiveness of the vaccine in preventing infection and serious illness among adolescents and regarding the effectiveness of the vaccine against the Delta variant, which is currently the dominant strain in Israel and around the world. 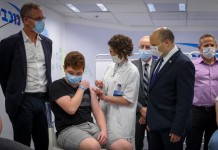 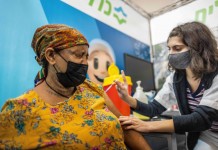 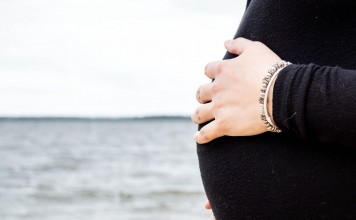 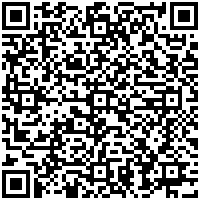