“Activists shout down ex-Israeli PM Ehud Barak in San Francisco over war crimes as he promotes his memoirs,” was the tweet posted Saturday by “Days of Palestine,” whose members “believe in the right of Palestinians to live freely and with full sovereignty in their own homeland – Palestine. They believe that Zionism is an occupying power that enabled Zionist Jews to occupy Palestine with the help of world powers, including the UK, UN, USA and other western and Arab regimes.”

Activists shout down ex-Israeli PM Ehud Barak in San Francisco over war crimes as he promotes his memoirs pic.twitter.com/axeAeIRVAY

Last Monday, May 16, eighteen of these folks invaded the JCC of San Francisco to disrupt an event with former Israeli Prime Minister Ehud Barak, who is on a book tour to promote his new memoir “My Country, My Life.” As is common in such circumstances, the invaders interrupted Barak, chanting, “Free, free Palestine,” and “Palestine will be free,” and called him “war criminal.” They also accused Israel of murdering innocent Arabs who never wanted to harm any one except to break through the border fence in Gaza and kidnap, rape and murder some Jews.

According to The Jewish News of Northern California, the audience didn’t take those assaults on free speech sitting down, and each time (there were three eruptions) audience members “clapped loudly to drown out the protests, as SFPD and JCC security teams escorted protesters out of the building. Eighteen were arrested, cited for trespassing and released.”

It’s amusing to consider that Ehud Barak was probably the second most generous Israeli prime minister in the terms he offered the Palestinian Authority in exchange for peace (the most insanely generous was Ehud Olmert). It should be noted that all the American participants in the 2000 Camp David summit with Barak and then Chairman Yasser Arafat agreed that the point over which the summit failed had to do with the PLO’s unwillingness to give up the Right of return. Meaning, they could not recognize Israel’s legitimate borders.

If you read the “Days of Palestine” texts and follow their slogans, that’s still the main bone of contention: in the end, Israel should not exist, it should be replaced by a Palestinian State. 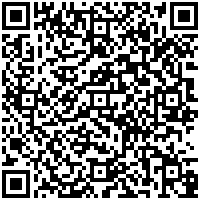