Less than a week before the most powerful man on the planet is scheduled to arrive in the capital city of Israel, a senior official in the Trump administration has reportedly told the Netanyahu administration that one of the holiest site in the Jewish faith, the Western Wall, does not stand in Israeli territory. The Temple Mount, where the two Jewish Temples once stood, which is held up by the Western Wall, is Judaism’s holiest site.


According to the report, Israeli organizers responsible for building the itinerary for the American president wanted to create a photo op for Mr. Trump during his visit to the Western Wall. However, they were told by a “senior U.S. administration official” the Western Wall is “disputed territory.”

It wasn’t so “disputed,” however, to prevent then-President Barack Obama from visiting the site in 2008, the year before he first entered the White House. Nor did he have a problem with Israeli photographers documenting the visit.

Officials from the Prime Minister’s Office asked President Trump’s people whether Mr. Netanyahu could accompany the president on his visit to the Western Wall, but were given a negative response with the explanation that it was a “private visit.” When a request was made for an Israeli photographer to document the visit, an American official reportedly replied brusquely, “What business is it of yours? It’s not in your territory — it’s part of the West Bank.”

In response, the Prime Minister’s Office said in a statement, “The statement that the Western Wall is in the West Bank was received with shock. Israel is certain that this statement is contrary to President Trump’s policy.”

At first it was not clear exactly who the “senior administration official” was, but what is clear is there appears to be some disagreement about how to approach the conflict between Israel and the Palestinian Authority, or even what it’s all about.

It now appears that the statement came from diplomats working in the American consulate in Jerusalem.

It also appears that familiarity with the cultural norms, the murderous politics and the “act one way, say something else and intend an entirely different message” standard that is de rigeur in the Middle East is in desperately short supply among senior officials in the administration, although this issue may be primarily among the Obama-era holdovers.

According to one national security insider who spoke with the Washington Free Beacon, “The problem is that the Obama administration left holdovers all over the government, so you get rid of one Obama loyalist and the replacement is another Obama loyalist.”

Update: The White House has disavowed the official’s statement, and told JewishPress.com that “This not the position of this administration.” 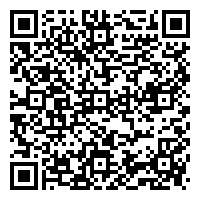