“Israel’s Higher Arab Monitoring Committee has turned to the international community and public opinion to combat what it calls the continued attack on the fundamental rights of Arab citizens in Israel,” reports Jack Khoury in Sunday’s Ha’aretz. Apparently, hundreds of representatives from all the Arab political parties and movements in Israel, including MKs, attended a conference in Shfaram Saturday night, even as similar were meetings taking place in 35 cities in Europe, Latin America, Ramallah, and Gaza City.

Khoury cites former MK Mohammad Barakeh, chairman of the Higher Arab Monitoring Committee, who stated, “I expect the public in Israel and all true supporters of democracy to support our battle because it is impossible to talk about democracy when some 20 percent of the nation’s citizens are struggling with racism and silencing and home demolitions and harming elementary and basic rights.”

Instead of picking at the Arab dignitaries’ complaints, we went to the Central Bureau of Statistics (CBS) for the facts about the non-Jewish population in Israel.

By the end of 2014 there were 1.454 million Muslims, including Bedouins, living in Israel outside the “green line.” The overall birthrate (the average number of children a woman is expected to have in her lifetime) stood at 3.4 children, a drop from 4.7 in 2000. Even at that, the Muslim birthrate is higher than all the other religious groups: Jews-3.1, Christian 2.3, Druze-2.2 — and higher than the birthrate in several Arab countries: Syria-3.0, Algeria and Saudi Arabia-2.9, Turkey-2.1, Lebanon-1.5.

It should be noted that Arab Christians constitute only about 80% of Israeli Christians, mostly due to the fact that many Christians have made aliyah with their Jewish spouses over the last three decades.

In 2014 Muslim high school graduates (12 grades) who earned a certificate of matriculation was 58%, compared with 62% among their Jewish counterparts.

Some 26% of Muslim males work in construction, 37% of women in education.

So that, overall, Muslim families are larger, spend a little less than Jews (83%), except on food, where they spend much more than Jews (125%). They fare a little worse than Jews in education, and their choices in their academic education are less ambitious.

A sober examination of the data—much more of which is available, naturally, on the fascinating CBS website—shows significant gaps between Muslim Arabs and other non-Jewish populations in Israel, in favor of the latter. So the gaps can’t all be blamed on official discrimination, particularly because the people making these claims are, for the most part, democratically elected lawmakers whose representation in the legislator is in keeping with their demographic weight: there are 16 non-Jewish MKs in the current Knesset: 11 Muslims, 3 Druze, 2 Christians — as compared with the previous Knesset that had only 12 non-Jewish MKs. The gap between the estimated percentage of non-Jewish Israelis-about 20%, and their percentage in the Knesset-13% can be explained partly by a low voter participation in the Arab sector (Jewish participation is also down); the “blocking rule” that requires a party to win close to 4 seats before it gains seat 1; and the fact that the Muslim population has a high percentage of underage citizens. 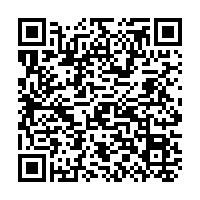