In a precedent decision, which will undoubtedly be considered good news for all Israeli same-sex couples, especially those who aren’t getting along so much any more, a family court in Ramat Gan allowed the couple Prof. Uzi Even and Dr. Amit Kama, both men, to divorce, Ynet reports.

In the ruling, first of its kind, the judge determined that the family court is “the natural forum, the proper forum in which to hear this kind of a divorce case, since the rabbinical court does not recognize same-sex marriages and views them as sinful.” The judge further ruled that the rabbinical court is too “foreign and artificial a forum” to discuss the issue of same-sex relations.


Prof. Even, 64, is a former Meretz MK, and head of the School of Chemistry at Tel Aviv University. Dr. Amit Kama, 44, is a professor of Communications at Emek Yizrael College. The two met 19 years ago, and since they live as a couple. Their struggles for the rights of same-sex couples received wide coverage in the local Media.

Even was the first openly gay man elected to the Knesset. The two have adopted Yossi, a 30-year-old man who had been living with them for almost 14 years. That adoption—although largely symbolic, given their son’s age—was also a ground breaking family cort case.

For the record, when Even and Kama met, almost two decades ago, homosexual relations were prohibited by law, and they could be subject to ten years in prison – although that was not very likely.

Now, having been the most celebrated Israeli gay couple, the two decided to go their separate ways (no idea which one of them broke the news to Yossi).

Professor Even said there was no legal way for him to turn from being married to being divorced. “This is an absurd situation and I fought it for three years,” he said. “I met someone else and I live with him. He is a foreign national and the Interior Ministry wants to deport him, which was hurting me, because I could not go on with my life without solving the problem of my divorce. They would not give him resident status, only a tourist visa, because I’m already married and there was no legal way for me to get a divorce.”

According to Even, when he approached the rabbinic court, which is in charge of marriages and divorces of Jewish residents, “it started a holy raucous. They refused to record our documents, receive the fee, schedule a meeting. They told us to wait. So we waited a few days. Finally I had enough and I took back the suit, and filed it instead with family court.”

Even suggests that the court’s decision could serve as a precedent not just for the gay community, but for the public at large. “Now we’ll wait and see if the Ministry of the Interior will endorse the decision. I’m doubtful that they will be enlightened about it.”

“Why are they having so much trouble changing my marital status? Why are they forcing me to remain married to someone I no longer live with?”

Even and Kama were married in Canada and their status was changed to married by the Israeli interior ministry. Their marriage hit the rocks back in 2009 and they’ve been living separately since. The two have signed a separation agreement which was accepted by family court in 2011. The couple then requested that the court recommend to the interior ministry to change their status from married to single.

The family court judge indeed recommended the status change, but the Ministry of the Interior refused to change the status based solely on the signed agreement, arguing they had to approach the rabbinical court. But the rabbinical court rejected their request for a ruling saying it did not have the legal framework within which to discuss it.

The family court judge who granted the couple the divorce wrote in his ruling that the various branches of the civil court are the natural forum for such a case, where there exists a long list of decisions determining the specific rights and obligations of same-sex couples. 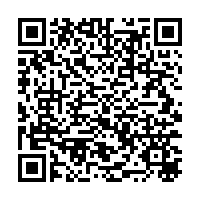