Israeli police stopped the car of Palestinian Authority Prime Minister Rami Hamdallah for the second time on Tuesday, this time for an ID check instead of reckless driving, according to the Bethlehem-based Ma’an News Agency.

Earlier in the day, the IDF stopped his convoy because of reckless driving, including crossing the solid line on Highway 60 in Samaria. Hamdallah immediately accused the soldiers of trying to harm him and scolded them for standing on “occupied” land.

The same evening, his car was stopped again, this time for an identification check, Ma’an reported. The IDF referred The Jewish Press to the police, who so far have not responded to confirm or deny the accuracy of the report.

The PA newspaper said that Hamdallah’s entourage refused to show soldiers, or police, their identification cards and continued driving.

The security officers apparently decided not to escalate tensions and did not chase after the car.
An Arab radio website posted a video of Tuesday’s morning altercation. The audio is in Arabic, except for a couple of phrases, such as one claim that “He says you tied to kill him,” and another from someone in the Arab entourage who said to the soldiers, “Apologize and we’re done.”
No apology was forthcoming, and the shouting continued for another two minutes until the Palestinian Authority officials realized that the IDF and police were not about to say they were sorry for stopping reckless drivers, and the convoy sped off. 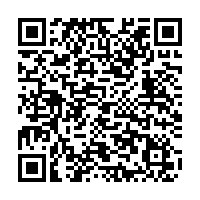