An 81 year old Israeli scientist whose revolutionary irrigation methods have saved and improved the lives of millions of people throughout the Middle East, Africa, Asia, and South America, has received the prestigious World Food Prize, according to an announcement made by the foundation on Tuesday.

Daniel Hillel, Los Angeles native and father of Israel’s famous drip micro-irrigation method to conserve water while nourishing growing fruits and vegetables in the world’s most arid climates, was named the winner of this year’s $250,000 prize in a ceremony in Washington.  US Secretary of State Hillary Rodham Clinton delivered the key note speech.  Hillel will be celebrated in an official ceremony at the World Food Prize Symposium in Des Moines, Iowa on October 18.


World Food Prize Foundation President Kenneth Quinn praised Hillel, not just for his system which carries water through narrow plastic tubing to drip sparingly above the roots of the growing plants, but for his contribution to bridging divides between diverse peoples.  Over  the past half century, Hillel has taken his agricultural know-how to over 30 countries around the world, including Jordan and Egypt.  Hillel has also shared his knowledge with leaders in Palestinian agriculture.  Quinn noted that several letters of support for Hillel came from institutions in Egypt, Jordan, and the United Arab Emirates.

“He’s able to reach across the intercultural gap with this agricultural achievement in order to address that problem that they have in common about how to lift people out of poverty and reduce hunger by working together,” Quinn told the Associated Press. “In an area of the world and in lands where the divides — whether they be ethnic, political, religious, or diplomatic — seem so great, here is a man who by devoting his life to this peaceful development has sought to bridge those gaps.”

Hillel was born in Los Angeles, but moved in 1931 at the age of 1 to Palestine after his father died.

At age 9, Hillel was sent to live on a kibbutz, where he learned about agriculture and preserving resources in the difficult pre-state period.

Hillel returned to the United States for high school and university, and came back to Israel in 1951, at which time he joined the Ministry of Agriculture, mapping the new country’s soil and water resources. In 1952, Hillel joined a group of pioneers who developed a viable agricultural community in the Negev – the new community of Sde Boker – by fashioning small holes in cheap, small plastic piping readily available after World War II, and running water and fertilizer through them directly to plants.  The town so impressed Israel’s Prime Minister, David Ben Gurion, that he made it his home.

The World Food Prize, honoring people engaged in fighting world hunger, was created by Iowa native Norman Borlaug, the winner of the 1970 Nobel Peace Prize for his work in developing hybrid crops in order to increase food production in emerging nations.  He died in 2009. 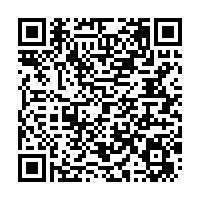