A Jerusalem court Monday sentenced a Jerusalem Arab bus driver to 3½ years in jail for handing over to Hezbollah information about potential targets in the capital for terrorists.

The sentence was handed down three months after the conviction of Issam Hashem Mashahara, who pleaded guilty to charges of conspiracy in return for the prosecution’s dropping spy charges, for which he had been indicted.

Mashahara had traveled to Lebanon via Jordan and contacted Hezbollah agents, who later took him to an office of the terrorist organization for an interview.

He informed Hezbollah agents of the address of the official residence of the Prime Minister and of other possible places where terrorists could attack. Mashahara returned to Israel with software camouflaged as a children’s DVD in order to stay in touch with his contacts, who also paid him $1.500. 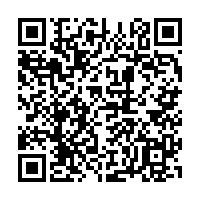