Typically thought of as having different areas of Torah expertise, the Chasam Sofer and R’ Chaim Vital have more in common than most people know. Although revered as a posek, rosh yeshiva, and known for his brilliant chidushim on shas, and commentary on chumash, newly surfaced documents reveal that the Chasam Sofer also devoted serious time to studying the same kabbalah that R’ Chaim Vital meticulously documented.

Up for auction November 15th, at Kedem Auction House in Yerushalayim, are some of the Chasam Sofer’s incredible collection of rare manuscripts of the Ari HaKadosh, as well as special handwritten manuscripts from R’ Chaim Vital.


The Chasam Sofer’s kabbalah education started before he was bar mitzva, but publicly was not known for his kabbalistic proficiency. He was as a talmid of Rabbi Natan Adler and Rabbi Pinchas HaLevi Horowitz, great rabbanim in Frankfurt, who were also known as leading kabbalists. Some of their influence can be seen in his writings and responsa, in which he mentions kabbalistic thoughts, but the Chasam Sofer mostly studied this wisdom privately or with selected talmidim.

Even more remarkable, the Chasam Sofer studied this collection and added several pages in his own handwriting. This unique compilation of the Ari’s torah, from the teachings of Rabbi Israel Sarug, was inherited by the Chasam Sofer’s son, the Ktav Sofer and then by his grandson, Rabbi Shlomo Sofer.

Nowadays, even much of what the average Jew learns is laced with Kabbalistic teachings. This wasn’t the case before R’ Chaim Vital became a student of Kabbalah under the Ari. R’ Chaim Vital was chosen by the Ari to document and copy his teachings and quickly became his closest talmid.

R’ Chaim Vital was the first authority on the Ari’s teachings, even though they only studied together for 2 years before the Ari died at 38. The Ari only authorized R’ Chaim Vital to write down his teachings and was so specific about their transmission that R’ Chaim Vital himself wrote a warning in the introduction to his book Etz Chaim:

“Know that from the day my teacher began to reveal this wisdom, I did not leave him even for a moment. All you find written in any writings in his name, which differs from that which I have written in this book is a definite error because they did not comprehend his word.”

The teachings of the Chasam Sofer and R’ Chaim Vital have provided am yisrael with tremendous wisdom and knowledge to further Torah learning that is both more expansive and accessible and encompasses even the deepest secrets of kabbalah.

Estimated to be sold at $15-$20,000 – these unique manuscripts give us a little insight into the people whose lives often remain an enigma. And an even deeper insight to their greatness – when we thought we knew it all.

So Drunk I Don’t Know the Difference Between… 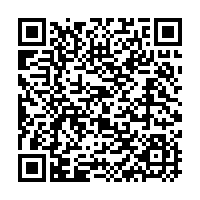