The Purim parade, an Israeli tradition whose name, Adloyada (Lit. “until he does not know,” based on the Rabbinic adage that one must drink on Purim until one is unable to distinguish between “blessed be Mordechai” and “cursed be Haman”) was coined by Jewish writer and son-in-law of humorist Shalom Aleichem, YD Berkowitz, is a regular feature in dozens of Israeli communities, including in Hebron, on Purim.


According to the NGO, the parade is being used as a platform for incitement, humiliation, and insults against the Arab residents of the city, because, among other things, the marchers disguise themselves as grotesque Islamic characters.

“The organization views severely the incitement being carried out in the name of the Jewish religion, in the Purim parade in the heart of Hebron,” RHR wrote the IDF commander.

“In this conduct, the message is conveyed that the dignity, religion, belief and property of the Palestinians is free, and all this under the auspices and authority of the army, the sovereign in the area,” the letter says.

According to RHR, “there exists a suspicion of incitement to violence, should anyone translate the offensive, despicable and humiliating messages, which are carried with permission of the authorities, to mean that the blood, dignity and property of the Palestinians are permitted, and hence the real possibility of physical harm.”

Sunday’s appeal follows a similar letter sent in December, to which Gen. Numa responded that he has no intention of imposing any restrictions whatsoever on the Hebron Purim celebrations.

The RHR may have a problem with the Book of Esther, too, since it celebrates the reversal of the plot by the haters of Israel to annihilate our nation, following which the Jews massacred their gentile enemies (Esther 9):

Now in the twelfth month, that is, the month Adar, on the thirteenth day of the same, when the king’s commandment and his decree drew near to be put in execution, in the day that the enemies of the Jews hoped to have power over them, (though it was turned to the contrary, that the Jews had rule over them that hated them;), The Jews gathered themselves together in their cities throughout all the provinces of the king Ahasuerus, to lay hand on such as sought their hurt: and no man could withstand them; for the fear of them fell upon all people. […] Thus the Jews smote all their enemies with the stroke of the sword, and slaughter, and destruction, and did what they would unto those that hated them.

And in Shushan the palace the Jews slew and destroyed five hundred men. […] The ten sons of Haman the son of Hammedatha, the enemy of the Jews, slew they; but on the spoil laid they not their hand. […] The Jews that were in Shushan gathered themselves together on the fourteenth day also of the month Adar, and slew three hundred men at Shushan; but on the prey they laid not their hand.

But the other Jews that were in the king’s provinces gathered themselves together, and stood for their lives, and had rest from their enemies, and slew of their foes seventy and five thousand, but they laid not their hands on the prey. On the thirteenth day of the month Adar; and on the fourteenth day of the same rested they, and made it a day of feasting and gladness.

Perhaps the RHR should sue to eliminate the entire ninth chapter in the Book of Esther from Megillah readings across Israel, seeing as it depicts how the Jews take revenge against their sworn enemies. 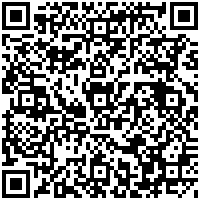