An Arab killer convicted of murdering 29-year-old Michal Halimi in 2017 has succeeded in winning a plea deal in which he has been convicted on nationalistically-motivated murder charges, rather than having killed over a romance gone bad, as originally believed and as the initial investigation had revealed.

Muhammad Harouf of Shechem (Nablus) was convicted in Tel Aviv District Court on the charges Sunday and sentenced to life in prison.


As a result, Harouf will now also win a generous monthly salary from the Palestinian Authority government in Ramallah due to the plea deal, which officially documents the fact that he succeeded in murdering an Israeli citizen for the purpose of jihad.

Halimi’s body, eight months pregnant and strangled to death, was found half-buried in the sand dunes near the city of Holon. She had been struck in the head with a rock and then covered with more rocks, leaves, sand and a tire, according to the State Attorney’s Office.

Harouf was also convicted on charges of car theft and conspiring to commit a crime.

Halimi’s parents welcomed the conviction. Her mother, Gita, told reporters, “What we’ve been saying all along has been proven to be the truth.” The young woman was married and five months pregnant when she first disappeared in May 2017. Her parents and husband maintained she had not been unfaithful, but rather had been an unwilling hostage to an Arab terrorist. 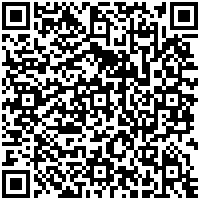