A group of Israeli law students learning for a summer semester abroad went out to a club in Warsaw this weekend, only to discover that anti-Semitism is alive and well in Poland, according to the twin brother of one of the alleged victims.

According to a Facebook post by Barak Kashpizky, the group was approached at around 4 am by some “Arabic speakers” who asked them if they were from Israel.

“When they answered in the affirmative, they were relentlessly attacked [physically], accompanied by yells of ‘f—k Israel’. His twin brother Yotam, he said, was briefly knocked unconscious, and suffered a broken nose from the beating. Another Israeli was hospitalized as well. Both were discharged shortly after.

On Sunday, Yotam told Israel’s Channel 13 television news in an interview that there were around four attackers, and they said they were from Qatar, chanting “Free Gaza!” as they beat him.

Equally disturbing – though sadly, not entirely surprising – “There were many, many people and club bouncers watching on the sidelines but no one did anything to stop them.”

In his post, Barak wrote, “History is repeating itself in Warsaw, Poland, as Poles stand by and watch while people who are ‘not from our nation’ are beating Jews until they lose consciousness.”

He also bitterly complained about Israel’s Foreign Ministry, and the Israeli Embassy in Poland, which he said after being notified of the incident “sent them to deal alone with the Polish police.”

Israel’s Foreign Ministry responded with a statement saying its consul in Warsaw was in “frequent” contact with the two victims who were in hospital, and “made himself available . . . as much as they needed.” The consul also “recommended they file a complaint” with local police. The ministry said it is “following” the event and a decision will be made on further steps to be taken with local authorities.

“I am telling this story because I want Israelis to know,” Barak writes, “so they will be careful. It seems this matter is not of great interest to [Israel’s] Foreign Ministry, but I am certain that to the people of Israel, it is of great interest. My brother was very fortunate; who knows what might happen to someone else, next time around.” 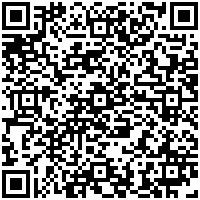