Unilever Global chief executive Alan Jope told reporters on Thursday that Ben & Jerry’s board of directors aims to formulate a “new arrangement” for sales in Israel before the end of the year.

“Our focus right now is to understand what the new arrangement will be for Ben & Jerrys,” he said. This may mean importing the ice cream, which was produced locally at a company that employs some 175 workers, bringing to the factory’s closure.


Unilever, Ben & Jerry’s mother company, stated in July that it was ending the ice cream company’s sales in Israel as “we believe it is inconsistent with our values for Ben & Jerry’s ice cream to be sold in the Occupied Palestinian Territory.”

Avi Zinger, the Israeli license owner, refused Ben and Jerry’s demand to withdraw his sales from Judea and Samaria. Unilever announced it would not renew his license, essentially boycotting Israel.

Responding to Unilever, Zinger said that Jope’s “scandalous statement breaks records of hypocrisy and displays a lack of understanding of Israeli law which explicitly states that there is no legal possibility to continue selling in Israel without selling in Judea and Samaria.”

“Any new arrangement that does not include a sale in all areas of Israel means a violation of Israeli law. In his remarks, the CEO of Unilever confirms that Unilever will lead to the closure of an Israeli factory that refused to submit to a boycott of parts of the State of Israel.” He stated.

In the coming weeks, the Knesset’s Constitution Committee will approve the boycott law regulations approved last week by the finance and justice ministers, which will allow immediate sanctions against the company.

Minister of Justice Gideon Sa’ar announced last Saturday that he had launched a legal process at the end of which the country will level sanctions against Unilever.

He explained that the purpose of the legal action is to restrict the participation in tenders and to prevent benefits from entities who have issued a call to boycott Israel or those who participate in a boycott on it.

In 2011, the Knesset passed a boycott law that stipulates that the Minister of Finance, with the consent of the Minister of Justice and the Knesset’s Constitution, Law and Justice Committee, can enact provisions restricting participation in a state tender from an entity that knowingly published a call to boycott Israel.

The implementation of the law in practice promotes the possibility that this law can also be applied to Unilever Global, which in July 2021 notified Zinger that it does not intend to extend his contract to produce ice cream beyond the end of 2022 following his refusal to withhold the sale of ice cream in parts of Jerusalem and Judea and Samaria.

Currently, Unilever operates without interruption in Israel and receives unprecedented regulatory benefits, and the IDF continues to purchase products worth millions of shekels a year from the company.

Israel’s Ministry of Foreign Affairs and the Jewish communities have been waging a struggle against Unilever Global, and have managed to trigger the anti-boycott laws against Unilever which led to the withdrawal of investments, holdings and pension funds, including from the state of New York, New Jersey, Illinois, Texas, and Arizona.

Unilever was on the Simon Wiesenthal Center Global Anti-Semitism Top Ten list for 2021. From the outset, the SWC labeled the boycott “a purely political act.”

It was pushed forward by its activist board Chairwoman, Anuradha Mittal, who has a track record of endorsing the BDS movement and defending Hezbollah and Hamas terrorist groups. 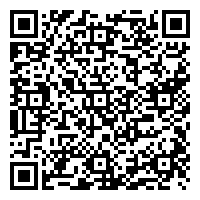