“His words as he tried to stab me a few hours ago were ‘you’re done,’ but several attendees [including running mate Alison Esposito] quickly jumped into action and tackled the guy,” Congressman Lee Zeldin described the attack on him Thursday afternoon by a man with a pointed weapon who then dragged him to the ground in Fairport, NY.

Katie Vincentz, a spokeswoman for Zeldin’s campaign, tweeted that the suspect tried to stab the congressman.


The video below shows Zeldin standing on a truck bed and speaking to supporters outside a VFW hall in Fairport, when a man approaches him slowly, grabs him by the arm, and raises a weapon. Zeldin then grabs the assailant’s wrist, at which point several aides jump on the platform and subdue the attacker.

“I’m as resolute as ever to do my part to make New York safe again,” Zeldin said shortly thereafter.

Zeldin was born in East Meadow, New York, the son of Merrill Schwartz and David Zeldin. He was raised in Suffolk County on Long Island and attended Hebrew school. He was elected to the US House of Representatives from New York’s 1st District in 2014. As of August 2020, Zeldin was one of two Jewish Republicans in Congress. And as of the 2022 Russian invasion of Ukraine, Zeldin was one of 963 Americans the Russian Foreign Ministry banned from entering Russia.

But Lee Zeldin is not going to Moscow any time soon, his eyes are set on Albany, NY, where he hopes to be sworn in next year as the state’s Republican governor. The last Republican governor of NY was George Pataki, who ruled from 1995 to 2006.

Zeldin is on the record saying Israel is “America’s strongest ally,” and Congress must “protect Israel’s right to self-defense.” In 2016, he supported the New York State Senate’s anti-Boycott, Divestment, and Sanctions (BDS) legislation. It passed. In March 2017, he co-sponsored the bipartisan Israel Anti-Boycott Act, to “further combat the anti-Israel BDS movement.” He supported President Donald Trump’s decision to relocate the US Embassy to Jerusalem and the recognition of Jerusalem as the capital of Israel. He praised the Abraham Accords and even nominated Jared Kushner and Avi Berkowitz for a Nobel Peace Prize for their work on the agreement.

The campaign spokesperson, Vincentz, tweeted that Zeldin finished his speech after the assailant had been apprehended and thanked the police officers who responded to the attack.

New York’s Democratic Governor Kathy Hochul, Zeldin’s opponent in the race, tweeted: “Relieved to hear that Congressman Zeldin was not injured and that the suspect is in custody.”

NY Magazine Suggested in late June that to defeat Hochul, Zeldin must win in Long Island and Westchester County, and bring in the conservative voters in upstate NY. Zeldin is not loved in the five boroughs––because he supported Trump, but neither is the incumbent governor who hails from Buffalo. Democrats dominate in NYC, so Democratic voter turnout would be low, as is usually the case in midterm elections. It’s a long shot, but so was the case back in 1994, when Pataki defeated the three-term incumbent Mario Cuomo.

His words as he tried to stab me a few hours ago were “you’re done”, but several attendees, including @EspositoforNY, quickly jumped into action & tackled the guy.

Law enforcement was on the scene within minutes.

The attacker will likely be instantly released under NY’s laws. pic.twitter.com/wZEyIyrjFe 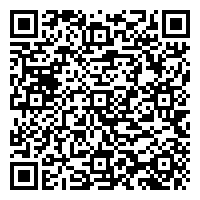