Naomi Azrieli, chair and CEO of the Azrieli Foundation, announced a gift of $18 million to Yeshiva University at the 95th Annual Hanukkah Dinner and Convocation on Dec. 8 in New York.

The gift—one of the largest focused on Jewish education that Yeshiva University has received—will provide continued support of the Azrieli Graduate School of Jewish Education and Administration, as well as strengthen undergraduate scholarships.

Yeshiva University president Ari Berman said “this historic gift to Jewish education and educators is transformative for the future of our communities.”

During the evening, the university presented the Azrieli family with its Legacy Award, celebrating 36 years of transformative partnership with Yeshiva University and honoring the Azrieli Foundation’s three decades of philanthropy.

“We are honored to receive this recognition, which would have meant so much to my father,” said Azrieli. “He held a deep belief, which we share, in the redemptive power of education. He also felt that his support of education wasn’t charity, as it was giving back what education had given to him.”

During the evening, Berman conferred an honorary degree upon philanthropist Howard Jonas, founder and chairman of IDT Corporation, Genie Energy and IDW Media, and chairman of the board of directors at Rafael Pharmaceuticals. The family foundation supported by Jonas and his wife, Debbie, advances hospitals, education, poverty relief, addiction treatment, religious outreach and the disabled, primarily in Israel and the United States. 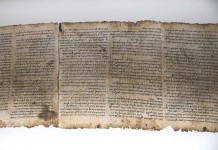 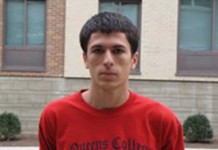