The Lod District Court on Thursday ruled against the municipality of Hod HaSharon, located about 6 miles east of the Mediterranean and 10 miles north of Tel Aviv—at the heart of one of Israel’s wealthiest regions—to permit Kehilat Yonatan, the local Reform congregation, to build a synagogue in an already designated area. The judge also ordered the municipality to pay about $8,500 in legal costs to the plaintiffs.

Established in 2001 as a registered charitable organization, Kehilat Yonatan is an independent Progressive congregation, named after the fallen son of its spiritual leader, Michael Boyden. Yonatan Boyden z”l, member of a paratroopers elite, was killed in 1993 in southern Lebanon.

According to their website, Kehilat Yonatan offers a conversion program to Israeli citizens and foreigners with long-term visas, stressing that “although a conversion through the Progressive Movement is not accepted by the orthodox rabbinic authorities, it is recognized by the Ministry of the Interior for the purposes of the registration of one’s national and religious status.”

The congregation also offers weddings in an egalitarian service, cautioning that “those who choose a Reform rabbi for their wedding will not have to turn to the establishment rabbinate should they not wish to do so, but will have to arrange for a civil marriage abroad in order to ensure that their marriage is recognized by the State of Israel.”

After repeated applications with city hall, in 2013 the group was finally given a public parcel to build a synagogue and education center. But the municipality cited the opposition of area neighbors to pull out of its commitment. Recently, the municipality offered Kehilat Yonatan a different location, but the congregation refused the offer, having spent hundreds of thousands of shekels in planning their building at the original site.

According to Ha’aretz, hundreds of Hod HaSharon residents attend services at Kehilat Yonatan during the Jewish holidays, and thousands participate in the group’s lectures and activities. 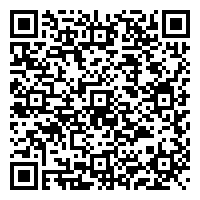