Tamar, the 16-year-old daughter of United Hatzalah deputy director-general Lazer Hyman, decided to move into the home of the Bochris family in Tel Tsiyon, a Haredi neighborhood of Kochav Yaakov in Benjamin, to devote herself to caring for the family’s 6 of their 9 children after both parents had been hospitalized with the coronavirus.

The mother of the family gave birth only a few days ago, and the baby was separated from her immediately after the delivery. The eldest Bochris child, a girl, is 13. Two of the children are also infected and are with the mother.

Tamar did not know the children before the outbreak of the virus. She told News 13 how tough it had been to raise the children without parental authority.

The tearful mother was also interviewed, and related the enormous hardship involved in leaving her children alone, immediately after giving birth.

Tamar is planning to spend the seder night with the children. 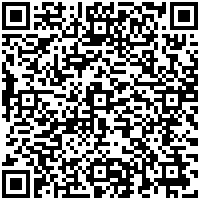