Rabbi Chaim Kanievsky, the leader of the Lithuanian stream of Judaism, has completely recovered from COVID-19, according to a statement released by the doctor who was treating the Rabbi.

The Rabbi, 92 years old, remained at home throughout the course of the virus after being diagnosed on Erev Sukkot. He continued his daily routine of Torah learning 20 hours each day, albeit with caregivers present to monitor his health.


Dr. Ori Rogowski of Tel Aviv’s Ichilov Hospital stated that the Rabbi is no longer required to be in quarantine, according to Ynet.

Prime Minister Benjamin Netanyahu spoke with the Rabbi’s grandson 30-year-old Yaakov Kanievsky on Wednesday evening (Oct. 28), to express his gladness that the Rabbi has recovered.

“The entire nation is still praying for the well-being of the Rabbi, a figure devoted entirely to Torah,” the prime minister said.

The Rabbi’s grandson emphasized that it was a “distortion of the media” that his grandfather had called for the Health Ministry guidelines to be ignored; he said that “the Rabbi underlines it is important to study Torah; however, the Rabbi also tells people they must pay attention to the guidelines and they must wear masks.”

Prime Minister Netanyahu expressed his appreciation for the strictly Orthodox local councils that have become green cities and stressed, “”with responsibility and dialogue, we will maintain what has been achieved with hard work.” 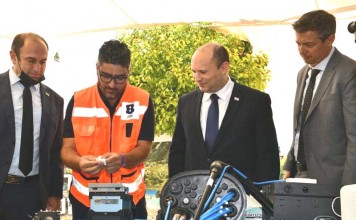 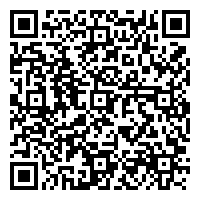