The one time scourge of every rightwing Jewish newspaper in America and elsewhere, Senator Bernie Sanders appears to be sneaking off into the sunset, having lost Arizona, Florida and Illinois on Tuesday to former VP Joe Biden by very wide margins.

I visited the IfNotNow Facebook page today, and the crowd there was unhappy to say the least. For one thing, none of them seemed able to express their frustration without using expletives, which suggests they may be spending too much time on resistance politics and not enough on reading books: occupy the library, why don’t you. Many are saying they would die rather than vote for Biden – some say old Joe is just like Hillary, but demented (ouch). Also, gone are the posts about appealing to Democratic presidential candidates about the Zionist occupation thing. The candidates are gone, “Zayde” Sanders is failing – which is why virtually all the posts are about the terrible things Israel is doing to the Arabs, mostly based on what they read in the English version of Haaretz, which is so much worse than the Hebrew.

A top aide said the Vermont Senator is “having conversations with supporters to assess his campaign,” because just pouring good money after bad won’t do anyone any good. At the same time, his campaign manager is not folding the tents just yet. “The next primary contest is at least three weeks away,” he said in a Wednesday morning. “Sen. Sanders is going to be having conversations with supporters to assess his campaign. In the immediate term, however, he is focused on the government response to the coronavirus outbreak and ensuring that we take care of working people and the most vulnerable.”

As he well should. NPR pointed out that on Tuesday, in the midst of a three-state primary election, Sanders spoke for 20 minutes about the health and economics aspects of the pandemic, but didn’t mention even once the fact that he was running for president.

So, reassess or not, this campaign is all Joe Biden, which may not turn out to be such a good thing for the Democrats, seeing as the life has been sucked out of their primaries so early in the game, and with it the public’s interest. Biden still leads President Trump in the polls, but, you know, so did Hillary. 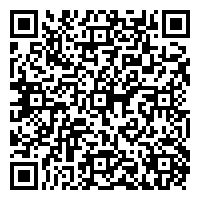