“It is inconceivable, how much we destroyed and murdered. What life stories you carry. I always ask myself why something like that happened,” said Bundestag President Bärbel Bas in Jerusalem to honor Yom HaShoah, Israel’s Holocaust Martyrs’ and Heroes’ Remembrance Day.

Bas made the remarks​ during a “Zikaron BaSalon: Bringing Testimony Home” event held at the Knesset on Wednesday evening as part of a series of events that are taking place in the Knesset for Yom HaShaoh. Former Chief Rabbi of Israel Yisrael Meir Lau discussed his life story as a Jewish child during the Holocaust, his survival, and immigration to Israel.

Knesset Speaker Mickey Levy was present, as were dozens of high school students from all across the country, who took part in the conversation via video link.

Turning to Levy, Rabbi Lau said that “when my mother was pushed into the train car, she pushed me away from there and waved goodbye to my brother. We never saw her again. The Kaddish prayer (traditional Jewish mourner’s prayer) you recited at the Bundestag – I said for my mother as a child.”

Levy addressed the German Bundestag in Hebrew in January on the occasion of the International Holocaust Remembrance Day. He concluded his address by reciting part of the Kaddish, the Jewish mourner’s prayer, in memory of those who perished. He read from a Jewish prayer book originally used by a German-Jewish bar mitzvah boy in 1938, on loan from Yad Vashem. While reciting Kaddish, he broke down in tears. The German MPs all rose to honor the prayer.​

Asked by Levy what message he would like to convey to the teenagers taking part in the event, Rabbi Lau said “we mustn’t forget, and we mustn’t lose faith. We exist, in spite of Auschwitz and in spite of Majdanek. We returned to the Land of Israel after 2,000 years of exile and persecution. It is tradition that holds us together. The matzah, maror (bitter herbs) and the menorah. The miracles and the memories. It is tradition that made it possible for us to return home and fulfill Jeremiah’s prophecy that ‘your children shall return to their own border.”

Earlier in the day, when arriving at the Knesset, Bas wrote in the guestbook Bas signed the official Knesset guestbook, and wrote: “Israel and Germany are true friends, and I am grateful for this. I view your invitation to the Holocaust Remembrance Day events as an honor and a vote of confidence. I bow my head with humility in the face of the inconceivable suffering of the victims of the crimes against humanity committed by the Germans. The lessons of the Holocaust require us not to make room for antisemitism. Germany’s responsibility has not ended. We stand alongside Israel.”

Before arriving at the Knesset, Bas and Levy held a special tour at Yad Vashem Holocaust memorial in Jerusalem, at the conclusion of which the Levy said that Bas’ participation in the events in Israel “is a significant and important expression of the special relationship that exists between the countries, the historic responsibility undertaken by Germany for the crimes of the Holocaust, and Germany’s commitment to the State of Israel’s security.”

On Thursday, President Bas participated in the state memorial service, “Unto Every Person There is a Name” at the Knesset.

Prior to the state memorial service, she lit a memorial candle at the entrance to the Knesset building in memory of those who perished in the Holocaust. 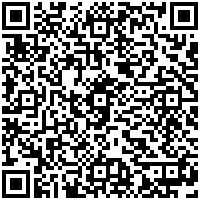