“Polska Rada Chrześcijan i Żydów” (the Polish Council of Christians and Jews) is planning to march behind Poland’s Chief Rabbi Michael Schudrich, Catholic Bishop Rafał Markowski, and Reformed Evangelical Church Pastor Michał Jabłoński, in memory of the Warsaw ghetto uprising, which began on April 19 and was quashed on May 16, 1943.

Based in Warsaw, the Polish Council of Christians and Jews is co-chaired by Bogdan Białek, Chairman of the Jan Karski Society, and Dr Stanisław Krajewski, a Professor at the Institute of Philosophy of the University of Warsaw. The aim of the council is to facilitate mutual understanding between Christians and Jews, overcome stereotypes, promote tolerance and deepen inter-religious contacts.


The council arranges, among other things, an annual prayer meeting on the anniversary of the outbreak of the Warsaw Ghetto Uprising, and participates in the preparation of the Polish Catholic Church’s annual Judaism Day, held in January.

13,000 Jews were killed in the ghetto during the uprising (some 6,000 among them were burnt alive or died from smoke inhalation). Of the remaining 50,000 residents, most were captured and shipped to concentration and extermination camps, in particular to Treblinka.

According to casualty lists, German forces suffered 17 dead and 93 injured, including more than 60 Waffen-SS. These figures include Polish police. The real number of German losses, however, may be quite higher (about 300 casualties by one estimate). For propaganda purposes, official German announcements claimed German casualties included only a few wounded. The Polish Underground announced that hundreds of occupiers had been killed in the fighting.

Back in 2015, the 25th anniversary conference of the Polish Council of Christians and Jews took place in Warsaw and Lublin and was held under the auspices of Archbishop Stanislaw Budzik, Bishop Mieczyslaw Cislo, Chairman of the Special Committee appointed by the Polish Episcopate for dialogue with Judaism, and Michael Schudrich, Chief Rabbi of Poland.

Polish Bishop: The Jews Plotted to Divide the Christians, Smear Priests as Pedophiles 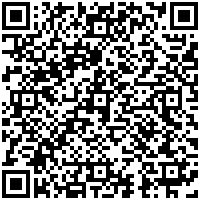