Yad Vashem on Thursday issued a statement saying it is “profoundly concerned” regarding the recent verdict rendered by the Polish court against the two researchers of the Holocaust of Polish Jewry Professors Barbara Engelking and Jan Grabowski, and stressing the importance of academic freedom in comprehensive historical research.

Yad Vashem acknowledges the court’s verdict, “but remains deeply disturbed by its implications,” insisting that “any attempt to limit academic and public discourse through political or legal pressure is unacceptable and constitutes a substantive blow to academic freedom.”

On Tuesday, a Warsaw court ordered Holocaust historians Barbara Engelking and Jan Grabowski, editors of the two-volume work “Night without an end. Fate of Jews in selected counties of occupied Poland,” to apologize for writing that a Polish village mayor named Edward Malinowski handed over Jews to the Nazis during World War 2.

In her ruling, Judge Ewa Jonczyk said that “the court’s ruling must not have a cooling effect on academic research,” and so she did not fine the defendants the sum of 100,000 zlotys ($27,017) which the plaintiff, a niece of the long-departed Malinowski, demanded in compensation. The judge said that by not fining the historians for their research she maintained their academic liberty.

Yad Vashem was not convinced. The organization declared:

Historical research must reflect the complex reality that existed in a given period, grounded in the scrupulous analysis of a body of existing documentation, as was done in this thorough book by the researchers. Yad Vashem knows and respects the professional work of the scholars and moreover will publish the English edition of their book. As with all research, this volume about the fate of Jews during the Holocaust is part of an ongoing discussion and as such is subject to critique in academia, but not in courts.

The existing diverse documentation, along with many decades of historical research, shows that under the draconian Nazi German occupation of Poland and despite the widespread suffering of the Polish people under that occupation, there were Poles who were actively involved in the persecution of the Jews and in their murder.

The prosecution of researchers and journalists who deal with these issues, instead of pursuing academic discussion as is the norm throughout the world, constitutes a real threat to academic and press freedom.

Yad Vashem will continue to be committed to the research of the Holocaust and to provide opportunities and conditions for researchers and educators from Israel and around the world to confront the complex truth of the Holocaust period without limitations, not only regarding Poland but for all of the countries where the Holocaust took place.

Earlier this week, Polish journalist Katarzyna Markusz was picked up and interrogated by the Warsaw police for writing that “Poles were involved in the Holocaust.” Markosz was interrogated for “damaging the good name of the nation,” the penalty for which can be three years in prison. She told Haaretz that her investigation lasted about an hour, saying, “I was asked if I was the one who wrote the article, if I wanted to hurt the nation, and if not, what was the purpose for which I wrote it.”

She said she told the cops that it was a “waste of taxpayer money and my time, I wrote the truth, there were Poles who were involved in the Holocaust, they betrayed their Jewish neighbors and sometimes even killed them, it’s a fact, and it’s stupid I have to discuss it with the police and someone gets hurt, ‘How can one be offended by the truth?’”

Rabbi Michael Schudrich, the Chief Rabbi of Poland, was the top signatory on a blunt statement that was issued on Tuesday by the representatives of Jewish organizations in Poland saying “the courtroom is not a place where historical truth is determined; we condemn such attempts and we show solidarity with people who are affected.”

See: Poland’s Chief Rabbi: Those Who Interrogated a Journalist for Saying Poles Handed Jews to the Nazis Should Interrogate Me, Too. 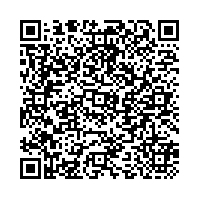