A firebomb kite attack launched by Hamas supporters in the northern Gaza town of Khan Younis penetrated southern Israel on Sunday, landing in open farmland in the afternoon hours.

Can't they channel their creativity into something that benefits mankind? #Hamas pic.twitter.com/OF9LHxGpru


The burning kite ignited a blaze in an agricultural field in the Gaza Belt area. Firefighters were called to the site to extinguish the flames.

On Friday, Gaza terrorists flew a firebomb kite – one with a Molotov cocktail – over the Gaza border into Israel, decorated with a swastika.

Moments ago, terrorist #Hamas sent a Molotov cocktail over the Gaza border into Israel.
They flew it with their true colors. pic.twitter.com/LOexWD76lf

Healing The Heart Of Darkness 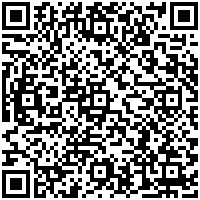