The Polish city of Lodz, its local Jewish community and the Jerusalem-based Shavei Israel organization on Wednesday held a ceremony marking the 74th anniversary of the liquidation of the Lodz Ghetto.

On September 8, 1939, German forces entered Lodz and immediately began targeting and terrorizing Jews, who constituted 34%, or 223,000 people, of the city’s prewar population of 665,000. In early 1940, the Nazis forced more than 164,000 Jews to live within the confines of the Łódź Ghetto, which was surrounded by barbed-wire and a fence and had no running water or electricity. It was the second-largest ghetto, after that of Warsaw, established by the Germans during the Holocaust. Residents of the ghetto came primarily from Lodz and surrounding areas but also from further afield, including Austria, the Czech Republic, Germany and Luxembourg.

In January 1942, the Germans began deporting Jews from the Łódź Ghetto to Nazi concentration camps. The Nazis and SS stormtroopers liquidated the ghetto between August 9-28, 1944, in the process deporting more than 60,000 residents, mostly Jews, to the Auschwitz-Birkenau death camps. By the war’s end, only about 900 of the Jews of the Łódź Ghetto had survived.

The commemoration events began with a prayer at the city’s Jewish cemetery, followed by a memorial march culminating at Radegast Station, where the official ceremonies took place. Among those participating were Rabbi David Szychowski, Shavei Israel’s emissary to Lodz, who serves as the Jewish community’s chief rabbi; Jewish communal leaders; Lodz municipal officials, including the mayor; local residents; and Holocaust survivors.

“We are determined to keep alive the memory of those Jews who were brutally murdered by the Germans and their henchmen during the dark days of the Holocaust,” said Shavei Israel founder and Chairman Michael Freund. “Despite the ravages of the past, it is a testament to the inextinguishable Jewish spirit that young Poles with Jewish roots are rediscovering their heritage and returning to our people. Our emissary Rabbi David Szychowski’s work in Lodz underlines both the power of Jewish memory and the pull of Jewish destiny.”

“Along the years the city of Lodz was built by Jews and polish citizens — today we are all here together in order to remember those who lost their lives in the war and honor their memories,” said Rabbi David Szychowski. “This event marks our identity, and for all of us it’s important to remember the tragic events and at the same time we will look forward to our future. We have history and we build together our future.”

There are approximately 4,000 Jews officially registered as living in Poland, but experts suggest there may be tens of thousands of Poles with Jewish roots whose families, to this day, are either hiding their identities or are unaware of their Jewish heritage. Shavei Israel has been active in Poland for over a decade, working closely with Polish Chief Rabbi Michael Schudrich. 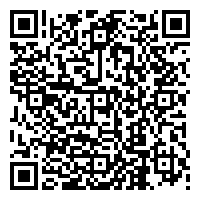