U.S. President Donald Trump is expected to head the list of world leaders who are invited to Jerusalem to mark the 75th anniversary of the liberation of the Auschwitz concentration and death camp.

The world leaders would participate in a planned event at the Yad Vashem Memorial Center and Museum, to be called the World Holocaust Forum, slated for January 27, as well.


Among those invited to participate in the event, slated to be held on January 26, are French President Emmanuel Macron, German Chancellor Angela Merkel, the new Prime Minister of the United Kingdom, and Canada’s Prime Minister Justin Trudeau, according to Israeli officials who spoke on Sunday with The Jerusalem Post. If Macron accepts the invitation it will be his first visit to the Jewish State as the president of France.

Russia’s President Vladimir Putin may be included among the guests as well.

Netanyahu had already invited Putin this past June to visit Israel next January. “I hope to welcome President Putin in Israel at the ceremony to unveil a monument in memory to the Siege of Leningrad and at the events to mark the 75th anniversary of the liberation of Auschwitz,” Netanyahu said. “Without the victory won by the Red Army and the Soviet Union over Nazi Germany, the State of Israel would have hardly materialized,” he added.

Putin, meanwhile, extended an invitation to Prime Minister Benjamin Netanyahu earlier this month to participate in a ceremony to be held in May 2020 in Moscow, commemorating the 75th anniversary of the defeat of the Nazis.

Israel’s President Reuven Rivlin has also hinted at plans being made for this event, during a speech he delivered last year at Yad Vashem.

“With the rise in anti-Semitic voices, I have recently approached world leaders to invite them to an international conference that will be held here at Yad Vashem next January, to mark the 75th anniversary of the liberation of Auschwitz,” Rivlin said.

“Here in Jerusalem, together with presidents and heads of state, we will join forces in the uncompromising fight against anti-Semitism, xenophobia and Holocaust denial,” he added in his speech at the time. 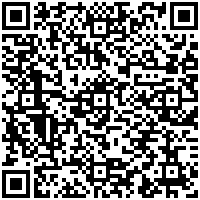