Former Goldman Sachs President Gary Cohn, who serves as the director of President Donald Trump’s National Economic Council, is under growing pressure to quit after Trump’s moral equivocation on Tuesday between Nazis and the leftwingers who came to stop the Nazis in Charlottesville, Virginia. According to Reuters,

A registered Democrat and member of the Jewish Federation of Palm Beach County, Cohn, who in 2009 donated the Cohn Jewish Student Center at the Kent State University Hillel International, was offended by Trump’s remarks, according to Reuters’ Breakingviews, and his former colleagues at Sachs are pushing him to walk away from his White House job before his own reputation sinks with the ship.


According to the NY Times, Cohn was described by several people close to him as “disgusted” and “deeply upset” by the president’s remarks.

What’s keeping Cohn from fleeing, according to the same report, is the fact that he considers himself a moderating influence on Trump, and has been looking forward to be working as the President’s point man on the emerging Republican tax reform legislation.

Yale School of Management’s Jeffrey Sonnenfeld on Thursday told CNBC that the effect on the markets of a Cohn resignation would be devastating. “I don’t want to be an alarmist, but there is a lot of faith that he is going to help carry through the tax reform that people are looking for,” Sonnenfeld said, warning: “I think if he steps away, it would crash the markets,” he said. 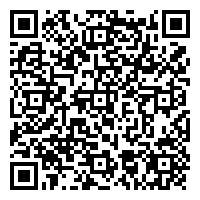