The Chief Rabbi of Tsfat, Rabbi Shmuel Eliyahu, on Monday told Srugim that “permitting girls to wear pants is frightening shortsightedness. Rabbis are called the eyes of the congregation because they need to see where all their halachic rulings will end up leading. In the places where I dwell, a girl who decides to go in pants will eventually releases herself from the social obligation to observe the commandments.”

Rabbi Eliyahu stressed that “it doesn’t mean that there are no women who observe mitzvot while wearing pants, but anyone who sees the overall picture knows that to give a girl permission to go in pants is to give her permission to desecrate Shabbat in a year or two.”


Rabbi Eliyahu referred to articles published Srugim that allowed women to wear wide trousers. Rabbi Dr. Ido Pachter, the rabbi of the Young Israel congregation in Ramat Poleg, Netanya, last Friday published a halachic ruling on the prohibition on wearing pants for women. He noted the prohibition by Rabbi Ovadia Yosef, and wrote that today he finds it difficult to prohibit women from wearing pants that are not tight to the body.

Representing a far more liberal view on this area of halacha, Rabbi Pachter said “there is something unfair about men issuing halachas for women. With all due respect to myself and to all of us men, we never experienced wearing a skirt or a dress, and so we do not understand what this means for a woman.”

He added that if any of his readers can shed light on the issue, “I would be happy to respond.”

Rabbi Pachter went on to suggest that Rabbi Ovadia Yosef ruled that there is no prohibition from the point of view of women wearing men’s cloths, but forbade it for another reason: women who wear pants to draw special attention to their legs and give rise to “bad thoughts.” Rabbi Pachter argued that there are narrow skirts that cling to the body, and apparently these are not specifically forbidden. Also, since women wear pants in the general society, wouldn’t men be desensitized and not react with “bad thoughts”?

He also suggested that this problem can be easily solved by wearing loose rather than tight pants, which are certainly more modest than a tight skirt.

Finally, Rabbi Pachter stressed that in Rabbi Ovadia Yosef’s society, women wearing pants was not acceptable, and therefore when women did wear them it was considered rebellious. But Jewish halacha is an ever-evolving thing, sensitive to changes in society – and a woman wearing loose pants does not evoke the same reaction it did years ago, certainly not in the Poleg neighborhood in Netanya.

Rabbi Eliyahu finally cited the fact that his modern Orthodox opponent is not as well known as the major halachic authorities of the 20th century, who prohibited the wearing of pants, tight or loose, by women. Of course, this approach negates the Mishna Avot that instructs: “Joshua son of Perachiah says, Make a rabbi for yourself, and buy yourself a friend, and judge all the people favorably.” (Avot 1:6) It could be argued that “make a rabbi for yourself” emphasizes that the rabbi you choose to teach you should be familiar with you and your environment, including your culture and social milieu. 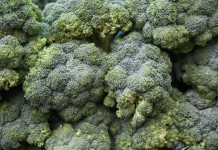 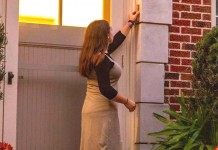 Hillel Director Engaged to Ordained Christian Minister, If We Don’t Like It We Must be Bigots 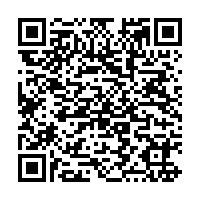