The Orange County, Florida, Sheriff’s Office tweeted at 2:46 AM Monday local time: “Earlier today, deputies were called to the Ritz-Carlton Orlando, Grande Lakes, for a call about an unresponsive man in a hotel room. The man was identified as Robert Saget and pronounced deceased on the scene. Detectives found no signs of foul play or drug use in this case.”

Loved tonight’s show @PV_ConcertHall in Jacksonville. Appreciative audience. Thanks again to @RealTimWilkins for opening. I had no idea I did a 2 hr set tonight. I’m happily addicted again to this shit. Check https://t.co/nqJyTiiezU for my dates in 2022. pic.twitter.com/pEgFuXxLd3

Robert Lane Saget was born in Philadelphia on May 17, 1956, to a Jewish family. The family later lived in the Encino neighborhood of Los Angeles before moving back to Philadelphia, where Saget graduated from Abington Senior High School in 1975. Saget wanted to become a doctor but was persuaded by his English teacher to pursue a career in acting.

The twins Mary-Kate and Ashley Olsentold Rolling Stone: “Bob was the most loving, compassionate and generous man. We are deeply saddened that he is no longer with us but know that he will continue to be by our side to guide us as gracefully as he always has. We are thinking of his daughters, wife and family and are sending our condolences.”

Sagat was the father of three daughters from his ex-wife, Sherry Kramer, to whom he was married from 1982-1997. In June 1991, Sagat visited Israel for about a week, with his wife and parents, as a guest of the Ministry of Tourism.

Saget was a board member of the Scleroderma Research Foundation (Scleroderma refers to autoimmune diseases that may result in changes to the skin, blood vessels, muscles, and internal organs – DI). In an interview with Ability Magazine, he discussed how his sister was diagnosed with scleroderma at 43 and died at 47, after having been misdiagnosed many times. 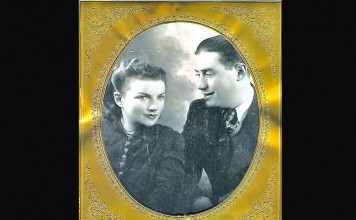