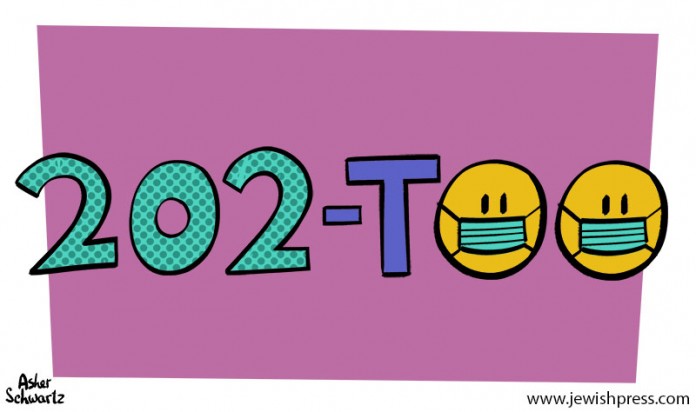 *Editor’s Note: The opinions expressed are those of the author and not those of The Jewish Press Online

It’s a very small group of people, but that doesn’t shy away from the fact that they take up some space. This leads us, as a leader and as a country, to make a choice: Do we tolerate these people? PM Justin Trudeau

I put it to you that it is antisemitic not to compare the two. It means we have forgotten the lessons we were to have learned from the Nuremberg Trials. Trials that were the result of Nazi policies that had led to the eradication of 6 million Jews, and gay and mentally and physically disabled Germans, because they did not fit the German paradigm. The trials exposed the abuse of medicine by evil doctors, like Mengele, which led to the Nuremberg Code, forbidding coercive medical measures, and the Nuremberg Defense which gives one the right and obligation to refuse to follow immoral and unethical orders; no matter who gives the order.

This knowledge is Biblical. From the late Lord Rabbi Sacks:

We learn about the obligation to say no from the story of the midwives, Shifra and Puah, who were ordered by Pharaoh to kill the new born Jewish babies. They refused.

“The midwives, however, feared God and did not do what the King of Egypt had told them to do; they let the boys live” (Ex. 1:17).

The lesson learned “The Nuremberg principle gave legal substance to what the midwives instinctively understood: that there are some orders that should not be obeyed, because they are immoral. Moral law transcends and may override the law of the state. As the Talmud puts it:

We think of ourselves as superior to the highly educated, enlightened German people, who snitched on their neighbours, be they Jews or disabled or gay, in the name of the greater good; or stood by while friends, neighbours and strangers were publicly taken down to the ground and handcuffed and dragged away, or removed from their own homes for not following the man made laws. Look how easily the Germans took to showing their papers to authorities. Heaven help you if you did not have those papers. We would never behave like that!

But we did, and we do. And it is a travesty to the memory of the dead. We have forgotten. Does anyone, today, believe that the Germans had any idea of the result of their obedience? That it would lead to the Shoah?  They were just following the orders, I mean edicts, of their politicians; one edict at a time; giving up one freedom after another. It all started with the Nuremberg Laws, the Reich Citizenship Law and the Law for the Protection of German Blood and German Honor in 1935 that scapegoated the Jews; they were not to be tolerated.

Here we are in 2022 and our leaders are scapegoating the non-vaccinated, blaming them for the continuation of the pandemic. Like other evil leaders, they divide rather than unite. They promote fear rather than courage and strength. Pit one group against another. They ignored the lessons we were to have learned from WWII.

Here is Justin Trudeau, a sanctimonious self-serving, self-righteous, inept, unethical, immoral and corrupt man, who can now add evil to the list.

He shared these views in French.

“We are going to end this pandemic by proceeding with the vaccination. We all know people who are deciding whether or not they are willing to get vaccinated, and we will do our very best to try to convince them. However, there is still a part of the population (that) is fiercely against it. They don’t believe in science/progress and are very often misogynistic and racist. It’s a very small group of people, but that doesn’t shy away from the fact that they take up some space. This leads us, as a leader and as a country, to make a choice: Do we tolerate these people? Over 80% of the population of Quebec have done their duty by getting the shot. They are obviously not the issue in this situation.”

And US President Joe Biden.

“I want to send a direct message to the American people: Due to the steps we’ve taken Omicron has not yet spread as fast as it would have otherwise done. But it’s here now and it’s spreading and it’s gonna increase… We are looking at a winter of severe illness and death for the unvaccinated — for themselves, their families and the hospitals they’ll soon overwhelm. But there’s good news: If you’re vaccinated and you have your booster shot, you’re protected from severe illness and death.”

Sub text – it’s the fault of the unvaccinated; those evil people.

If we had remembered, as we promised NEVER FORGET, we would never have allowed our elected officials, leaders, doctors, to take away our God given rights and freedoms. We would never have allowed these people to separate us into essential and nonessential, when all life is sacred, separate us from our elderly loved ones, desperately in need of care.  And the moment we did that, we let those leaders know that we would bend the knee to the commands of false gods. And the vast majority of the free world did that. They submitted out of fear and ignorance of international law: Nuremberg.

From Australia  to Austria,  and every point in between, we watched police officers take down unmasked people, standing outside, or sitting on a bench at the beach, alone. We saw police enter the homes of people who had “too many” guests in the house. Too many family members at the table! (Thanks to snitches reporting on their neighbours: echoes of the past). Police on loudspeaker telling people to get home before curfew or expect fines.  We watched as police used water guns to break up protests. Just following the orders of their political leaders.

And then we were told “Show me your papers!”

Then there was the Premier of New Brunswick who suggested the non-vaccinated not be allowed into grocery stores.  And Margaret Buttimer, a 66-year-old grandmother, spent Christmas behind bars after being sentenced to one year in prison for violating Ireland’s mask mandate, with six months of the sentence being suspended.   And then we have the Calgary police taking down a Pastor.  “Just following orders!” Does this sound familiar?

And curfews imposed as if Covid comes out at night.

And how about New York State!

The New York State Senate and Assembly could potentially vote on a bill in the next session that would give the governor and his or her delegates permissions to remove and detain cases, contacts, carriers or any person who is potentially a “significant threat to public health.”

The individual or group may be held in a medical facility or “any other they deem appropriate.”

Ghetto? Internment camp; like the ones in Australia? Whether this comes about in New York, or not, that they would propose it is unconscionable. Or so one would have thought.

Has no one been taught the Nuremberg Code? Is that the problem? We ignored one of the most important documents ever written regarding the sanctity of all life because we saw how easily man made laws bring out the dark within us.  A document that honoured the murdered and kept their memory alive, and here we are with leaders behaving like Nazis.

Too many doctors feared their Colleges who forbade vaccine exemptions, or prescribing approved drugs off-label. Medical colleges treating all people as one unit instead of following their own guidelines that each patient is an individual and must be treated that way.

“When it comes to research, research can only be voluntary. And under no circumstances can anyone receive any pressure, coercion, or threat of reprisal—cannot. It violates the cornerstone of ethics; it’s unethical, it’s immoral to do that.”

McCullough notes that the CDC and FDA have yet to publish “their first monthly safety report” on the vaccines, and that as of Dec. 17, the CDC’s VAERS (Vaccine Adverse Events Reporting System) has reported 20,622 deaths post-vaccination and over 983,000 adverse events.

And the tens of thousands of scientists and medical professionals who signed the Great Barrington Declaration who were then attacked by Fauci and Collins, who for reasons they have not shared, refused to allow different views on Covid and its treatment to be shared anywhere, including MSM and social media.

“When we wrote the Declaration, we knew that we were putting our professional careers at risk, as well as our ability to provide for our families.  That was a conscious decision on our part, and we fully sympathize with people who instead decided to focus on maintaining their important research laboratories and activities.”

Sympathize all you want, these people failed their Hippocratic Oath and the Nuremberg Code.

There are lawyers like Reiner Fuellmich, who have looked into Crimes Against Humanity. The German Corona Investigative Committee, the GERMAN investigative team, oh the irony, has taken testimony from a large number of international scientists and experts since July 10, 2020. Where have all the other lawyers been?

We need a repeat of the Nuremberg Trials with Anthony Fauci in the prisoner’s box.

It seems the previous trials have been forgotten. And that is antisemitic. 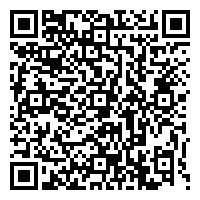