Next week is Tisha B’Av, the Jewish people’s national day of mourning. It is the day when the Jewish people fast and mourn for the long list of tragedies that befell the Jewish nation over the millennia, particularly the destruction of the two Temples in Jerusalem.


It is not uncommon to hear people say that they will be reading Megilat Eichah (Book of Lamentations) at such and such place, unless the Mashiach (the Messiah) comes first or the Temple is rebuilt – as by most rabbinical opinions, Tisha B’Av will most likely be cancelled as a day of mourning when that happens, or at a minimum, many of the practices will change.

The rabbi of the IDF’s special commando unit is no exception.

Captain Rabbi Avrumi Levin sent out his Tisha B’Av halachic (Jewish law) guidelines to the soldiers in the commando unit where he serves.

At the end of his letter he added, “In case the Temple is rebuilt, consider this document null and void.”

This of course makes perfect sense, as when the Temple will be rebuilt, the laws of Tisha B’Av in that guideline will become irrelevant.

Needless to say, Uri Misgav, a writer for the far-leftwing Ha’aretz apparently found it offensive and religiously coercive that the good rabbi would consider the rebuilding of the Jewish Temple a reasonable possibility. On his Facebook post, Misgav writes that he actually considers that option scary.

The frightened Uri Misgav checked with the IDF spokesperson, who told Misgav that the line was written in jest.

But as even the youngest religious Jewish child knows, the line was not written in jest, it is a halachic fact – when the Jewish Temple will be rebuilt, the current laws and practices of Tisha B’Av, including the guidelines in that particular IDF document, will become null and void. 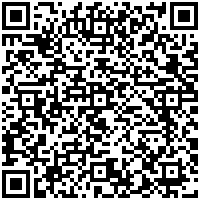