A rabbi delivering a Shabbat sermon on the coincidental dates of the Seventeenth of Tammuz and the Fourth of July in 1863 used the phrase “four score and seven years ago” before Abraham Lincoln made it famous, according to British Professor of Jewish History and Homiletics Marc Saperstein.

Apparently, Rabbi Sabato Morais, the Italian-American leader of Mikveh Israel Synagogue in Philadelphia, a pioneer of Italian Jewish Studies in America, and the founder of the Jewish Theological Seminary, used the phrase in his sermon in Philadelphia after the Battle of Gettysburg (July 1–3, 1863) had been fought but before the outcome was announced (the North won, halting Gen. Robert E. Lee’s invasion).


“His sermon contains a phrase that might well have influenced the most celebrated speech in American history,” according to Prof. Saperstein.

The Fourth of July often falls during the three-week period between the Seventeenth of Tammuz when the Romans breached of the walls of Jerusalem and the Ninth of Av, when the Second Temple was set on fire. Jews tame their behavior during this period, avoid celebrations and luxuries, and even take on all manner of mortification, in memory of the destruction of both the First and Second Temples which took place during this period.

In 1863, the day of Shabbat, July 4, Independence Day, fell on the first day of the three weeks, Tammuz 17, but because it was Shabbat, as is the case this year, 2019, the fast was pushed off to Sunday.

Rabbi Morais was asked by the Union League of Philadelphia, a patriotic society supporting the policies of President Lincoln, to refer in his sermon that Shabbat to Independence Day – not knowing whether the Confederate army had won in Gettysburg, an event which would have made Philadelphia its next logical target.

However, since it was the 17th day of Tammuz, Rabbi Morais explained he had some difficulty delivering an encouraging address, as per the Union League’s recommendation: they suggested that he quote the uplifting verse form Leviticus that is inscribed on the Liberty Bell: “Proclaim liberty throughout the land, unto all the inhabitants thereof.” Instead, the rabbi chose the lament of King Hezekiah in Isaiah 37:3, “Today is a day of trouble, rebuke and disgrace,” which, as a reference to the Battle of Gettysburg, could have been interpreted as mighty unpatriotic – had the North lost.

Rabbi Morais made sure to refer to Independence Day eventually, 87 years after the United States of America had been founded. “’I am not indifferent, my dear friends, to the event which, four score and seven years ago, brought to this new world light and joy,” he said to the congregation.

He borrowed the structure of his phrase from the King James translation of Psalms 90:10: “The days of our years are threescore years and ten; and if by reason of strength they be fourscore years, yet is their strength labor and sorrow; for it is soon cut off, and we fly away.”

Prof. Saperstein explains that when Abraham Lincoln spoke to a small group of people three days later, he put the age of the Union at “eighty odd years” – no poetry there at all.

“Needless to say, some three months later, for the dedication of the Gettysburg cemetery, Abraham Lincoln elevated the level of his discourse from ‘eighty odd years’ to ‘four score and seven years ago, our fathers brought forth to this continent,’ possibly borrowing from the published text by the Philadelphia Sephardic preacher who, without knowing it, may have made a lasting contribution to American rhetorical history.” 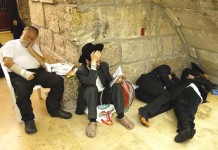 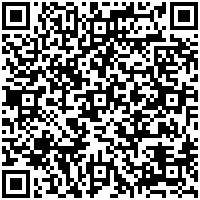