On Friday afternoon, just a few hours before Shabbat, an Arab terrorist from Umm al-Fahm attempted to stab an Israeli Policeman, who appears in the video to have been a bit distracted by his cellphone.

The terrorist had just come from the Temple Mount, where there are no metal detectors.


The policemen on the scene were not harmed and the terrorist was killed.

Additional video from after the terrorist was neutralized:

Apartheid In Palestinian Authority, NOT Israel 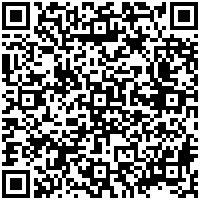