Kiev turned into a bloodbath Thursday, with anywhere from 70 to more than 100 killed and dozens of policeman kidnapped by protesters.

The violence, similar to that in Egypt, Syria and other countries where social protests quickly turned into street battles and all-out war between regimes and demonstrators, has again left the Obama administration looking weak.


U.S. Secretary of State John Kerry last December protested the violence of government forces against protesters and failed earlier this month in his intervention to solve the political crisis that has exploded into deadly street battles.

The European Union has voted for sanctions against the government, and the United States has issued a visa ban on 20 senior government members considered responsible for the attacks on anti-government protesters.

“We call for utmost restraint,” said Kerry. “Human life must be protected. Ukrainian authorities bear full responsibility for the security of the Ukrainian people. As church bells ring tonight amidst the smoke in the streets of [Kiev], the United States stands with the people of Ukraine. They deserve better.”

The State Dept. just doesn’t get it that no one really is listening to what he has to say. 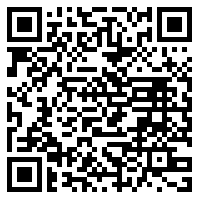