“Such a one-way journey poses a real risk to life, and that can never be justified in Islam,” the committee said. “There is a possibility that an individual who travels to planet Mars may not be able to remain alive there, and is more vulnerable to death.”


The fatwa committee is under the jurisdiction of the General Authority of Islamic Affairs and Endowment in the UAE. Even worse than dying after a move to the red planet, the Muslim would meet his Maker for no “righteous reason” and therefore would be subject to “punishment similar to that of suicide in the Hereafter,” the committee warned.

Committee chairman Professor Dr. Farooq Hamada was quoted by the newspaper as saying, “Protecting life against all possible dangers and keeping it safe is an issue agreed upon by all religions and is clearly stipulated in verse 4/29 of the Holy Quran: Do not kill yourselves or one another. Indeed, Allah is to you ever Merciful.”

Does that mean that the Quran forbids Muslims to be suicide bombers? After all, the professor did say that the Muslim holy book says one should not kill himself.

I am not an expert in the Quran. In fact, I never have opened the book. But it seems to me that lots of holy Muslims say that suicide missions are not only not forbidden but also are a mitzvah, pardon the expression. There probably is a large footnote somewhere in the Quran that advises that suicide missions are forbidden – unless they blow up Jews.

But let’s get back to an expert such as Prof. Hamada.

His fatwa was in response to a plan by a Dutch company called Mars One to invite volunteers to fly and live on Mars while taking into account it would be a one-way ticket since there is no technology on the market for bringing them back to Earth.

Thousands of volunteers have signed up to pay $38 for the journey, including 500 Saudis and other Arabs, the Khaleej newspaper stated.

The professor declared, “This is an absolutely baseless and unacceptable belief because not even an atom falls outside the purview of Allah, the Creator of everything. This has also been clearly underscored in verse 19&20/93 of the Holy Quran in which Allah says, “There is no one in the heavens and earth but that he comes to the Most Merciful as a servant. (Indeed) He has enumerated them and counted them a (full) counting.”

Islamic researcher Dr. Shaikh Mohammed Al Ashmawy added to the religious discourse on the verse and concluded that “Almighty Allah said in verse 2/195 in the Holy Quran: Do not throw yourselves with your own hands into destruction.”

Sheikh Mohammed Yusuf, Imam of the Amena mosque, said: “Man’s life is not his or her own property; it is God’s creation, and therefore suicide is prohibited in all religions, and of course by law.”

And if Mahmoud Abbas really wants to control terror, why doesn’t he ask Prof. Hamada to make an exception and allow suicide bombers to take a one-way trip to Mars.

I am more than willing to put up the 38 bucks. 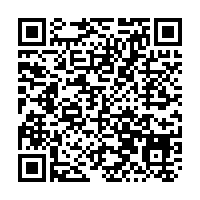