A series of “online bomb threats” closed down three synagogues in Los Angeles on Shabbat morning, according to a report by the Jewish Journal.

The affected synagogues were University Synagogue in Brentwood and the Glazer and Irmas campuses of Wilshire Boulevard Temple.


All three were closed shortly after 8 am, according to Los Angeles Police Department (LAPD) Officer Mike Lopez, who said police cleared all locations to reopen at 12:45 pm after K9 units responded to check the sites.

The threats came in through email and online submission forms.

No one was in any of the buildings at the time the threats were made. When congregants arrived for their Torah study group at University Synagogue, they found the building under lockdown and so carried on their learning outside on the sidewalk.

An Israeli-American teenager was arrested two months ago for sending hundreds of bomb threats to Jewish Community Centers, Jewish Day Schools and other Jewish institutions in the United States and elsewhere. The father of the boy, who is diagnosed with a form of autism, apologized publicly on Israel’s Channel 2 television in shadowed profile and said it was the “illness” that pushed him. “To all the Jews in America I want to say clearly that we are very, very sorry from the bottom of our hearts,” he said.

A former journalist who was charged with making at least eight bomb threats to Jewish organizations in the U.S., including the New York-based Anti-Defamation League, was arraigned before Magistrate Judge James Francis in Manhattan federal court shortly after he was arrested in St. Louis in early March. 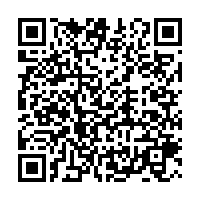