A Muslim city councilman in The Hague called a visiting delegation of Israeli high school students “future Zionist terrorists, occupiers and those who murder children.”

Abdoe Khoulani tore into the 28-member group of 16-year-olds during their visit to the Dutch Parliament, according to a report by Yediot Ahronot.


The students were from the Hen School for Young Ambassadors and were present in the country as guests of Kees van der Staaij, a Dutch lawmaker from the SGP Party.

Needless to say, Israeli Ambassador to Netherlands, Aviv Shir-On, fired off a letter of protest to Pauline Krikke, Mayor of The Hague, in response to the vicious attack.

“To call them murderers and claim they have Palestinian blood on their hands just because they are Israeli is not just a scandal, it is absolutely unacceptable. These words are nothing but anti-Israel incitement that can lead to violence that we have unfortunately seen in Paris, Brussels, Berlin, Manchester and London.”

The CIDI Dutch anti-Semitism monitoring NGO is looking into the feasibility of filing a legal complaint against the city councilman in response to his attack. 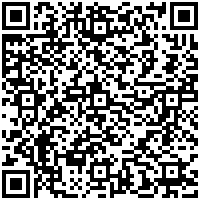