The Israel Victory Project, which is dedicated to steering US and Israeli policy towards defeating the Palestinians as the surefire way to resolve the Arab-Israeli conflict, on Wednesday morning plastered the streets of Tel Aviv with realistic-looking fake street signs reflecting the rage so many Israelis are feeling about the failure to eliminate the Hamas and PA threat once and for all.

Dozens of activists from the Israel Victory Project, an arm of the Middle East Forum, raided the streets of Tel Aviv and changed the signs in main intersections to names that describe the daily reality of the southern residents in particular, and citizens of the State of Israel in general.


As the activist group described it: “The street names were changed in response to the failed government policy against Hamas and the terrorist organizations”

If you were to meet a friend at the newly inscribed street junctions, you may invite them to meet at the corner of The Three Sons (whose kidnapping and murder were the prelude to the 2014 Gaza war) corner of Death Penalty to Terrorists; Hamas Street, Corner of Incendiary Balloons; Red Alert Street and Bomb Shelter Boulevard; Yasser Arafat Boulevard and Loss Street; and, of course, Ismail Haniyeh Street, which is misspelled, which is OK, since all street signs are misspelled in Israel (See the highway signs to Petah Tikva, Petach Tikwa, Peta Tiqwa – along the same highway mile, practically).

Gregg Roman, CEO of the Middle East Forum, said in a statement: “This is a protest action that comes from great pain in the general public in the State of Israel. We all remember the Park Hotel, bus line 5, and Dolphinarium discotheque massacres, and we are all frustrated by the rounds of violence that paralyze the lives of southern residents.”

“We must stop managing the conflict and decide that we will bring it to an end, from a position of power and on our own terms,” Roman added. “This is the only way to end the conflict and this is our demand from the future Israeli government.” 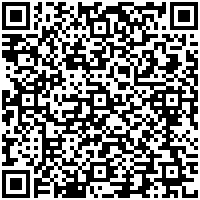