Israel’s Government Press Office on Wednesday night issued a statement saying, “Prime Minister Benjamin Netanyahu instructed the director of GPO not to allow the participation of al-Jazeera’s director in Israel, Walid Al-Omari, at a GPO seminar for reporters tomorrow.”

“At the same time,” the announcement continued, “the prime minister instructed that legal steps be taken to revoke the press cards of all Al-Jazeera journalists operating in Israel and to shut down their offices in Israel.”


According to the GPO website, the special forum will discuss “The Limits of Freedom of Expression: the dilemma between state security and freedom of the press. Al-Jazeera as a case study.”

Dr. Walid Al-Omari is mentioned as a major participant in the program, and was probably going to be seated at the dais.

Last month, GPO director Nitzan Chen decided to revoke the press credentials of Al-Jazeera’s senior correspondent Alias Karam, an Israeli citizen, over an interview on a Muslim Brotherhood TV channel in which he bragged that his journalistic work was his contribution to the Palestinian resistance to the Israeli occupation. Karam denied having any such intentions and got his press card back, subject to regular semi-annual reviews. Now it appears he might also need a new employer.

Communications Minister Ayoub Kara (Likud) on Thursday morning told Reshet Bet radio that “Al-Jazeera is not within the boundaries of freedom of expression, but has crossed it long ago, in the direction of our enemies. The prime minister does not agree to that,” he said.

“This insolent, Walid Al-Omari, the director of Al Jazeera, talks about freedom of expression but does everything to create terrorism and resistance,” Kara said, noting that “in all the Arab countries, it has been agreed that Al-Jazeera is a tool for encouraging terrorism. We prefer to be in good company with Saudi Arabia and Egypt, not with Iran,” he commented. 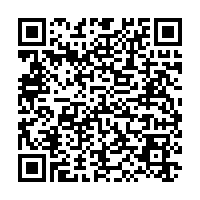