A delegation from the Governmental Administrative Committee in the Gaza Strip on Sunday headed to Cairo through the Rafah crossing for discussions with Egyptian government officials, Safa reported.

The Director of Information at the Rafah crossing, Wael Abu Omar, told Safa that a delegation of 12 from various ministries in the Gaza Strip had left for Cairo to discuss mechanisms to implement the recent understandings between Hamas and Egyptian officials. The delegation includes representatives from the Ministries of Interior, Finance, Works, Economy and the Energy Authority.

Earlier, the director general of the security forces in the Gaza Strip, General Tawfiq Abu Naim, announced that a technical committee would leave for Cairo to finalize the arrangements for securing the borders and crossings and supplying Gaza with fuel.

On Wednesday, the Interior Ministry in Gaza began building a buffer zone on the Egyptian-Palestinian border, based on understandings between the Hamas delegation that visited Cairo recently and Egyptian officials. Egypt allowed large quantities of diesel to be transferred to the power station and private stations according to the understandings.

Abu Naim said the delegation would brief Egyptian officials on the security of the buffer zone on the Egyptian-Palestinian border, stressing the urgent need for surveillance cameras, lighting and barbed wire.

Which would suggest that, at the moment, said buffer zone is not secure at all… 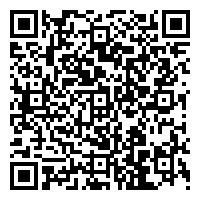