Sources inside Egypt’s Oil Ministry said earlier this week that Egypt has been discussing new exploration plans for its Noor gas field in the Mediterranean Sea with the Italian global oil and gas giant Eni, which believes Noor to rank among the largest gas fields on the planet.

Eni CEO Claudio Descalzi met with Egyptian Oil Minister Tarek al-Mula on Saturday, and announced that his company is allocating 70 percent of its global investments to Egypt, noting that Eni has already invested $8.4 billion in the Nawras and Zohr gas fields in Egypt, and plans to invest another $3 billion.

According to Globes, Oil and gas sector shares are trading at sharp declines on the Tel Aviv Stock Exchange, reaching a 7.5% decline by mid-week – and that’s before the actual reports about the new field have been issued.

It should be noted that partners controlling the Tamar and Leviathan firlds – Noble Energy, Delek Drilling, Ratio Oil Exploration LP, and Isramco have recently signed export agreements with Egypt and are in the process of negotiating additional ones. Now it may turn out that Egypt would turn out to be the main gas exporter in the region, and Israeli gas companies would have to maneuver hard to retain their foothold. 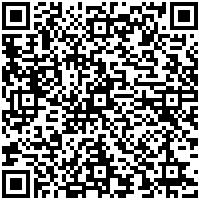