Defense Minister Benny Gantz warned participants at the 26th Annual Economist Government Roundtable on Tuesday that the presence of Iranian military forces in the Red Sea is “the most significant in a decade.”


“Iran is first a global challenge, then it is a regional challenge, and only then it is a threat to the State of Israel,” he said. Last week’s Iranian test launch of a satellite showed that the Iranian regime has the capability of developing intercontinental ballistic missiles that can reach “as far as the center of Europe.” This, he said, comes in addition to the operational ballistic system and UAVs that can already reach part of the Eastern Mediterranean.

“Iran is also expanding its activities in the maritime arena,” Gantz noted. “Over the last year Iran has seized international tankers and attacked vessels. Today we can confirm that Iran is … basing itself in the Red Sea, with its ships patrolling the southern region.”

The vessels were armed with medium and long-range missiles systems and advanced UAVs.

“In the last month, we have identified the most significant Iranian military presence in the area in the past decade,” he said.

Gantz described the three UAVs sent by Iran’s proxy in Lebanon, Hezbollah, to attack Israel’s Karish gas field. “This event sabotages the maritime negotiations between Israel and Lebanon over economic borders – so it is, in fact, an attack on Lebanon’s citizens who face extreme economic hardship.”

He added that it also showed that Hezbollah is an extension of the “ayatollahs’ regime” operating to destabilize the region and to “cause miscalculation.”

Israel is prepared to respond to any threat to its strategic assets or its people, Gantz said, but added that “global allies must stay united” to prevent Iran from attaining a “nuclear umbrella” to undermine stability. 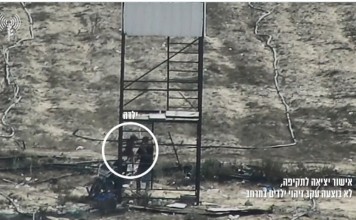 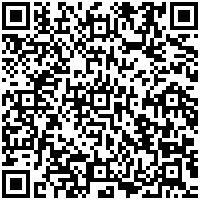