Hezbollah has established an intelligence-gathering outpost on the Israel-Lebanon border disguised as an environmental protection group, the Israeli military announced on Wednesday.

Israel Defense Forces Arabic-language spokesperson Lt. Col. Avichay Adraee posted images on Twitter showing what he said were Hezbollah members at the post. Their presence on the border, he said, was a violation of United Security Council Resolution 1701. Resolution 1701 bans the presence of all armed groups in southern Lebanon, with the exception of the Lebanese Armed Forces.


The IDF has revealed in the past that Hezbollah uses the cover of “Green Without Borders,” a Lebanese NGO that claims to be dedicated to environmental goals, to maintain a presence near the border.

According to Kan News, the head of the IDF’s Northern Command, Maj. Gen. Amir Bara’am, said on Wednesday, “Recently, there has been an increase in the construction of Hezbollah forward bases on the border. We are familiar with them, we know their names and where they come from. When the day comes, they will pay the price, them and those who send them, and the [Lebanese] border villages that they use as terror-military bases. We will destroy the entire line of engagement infrastructure.” 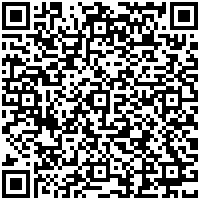